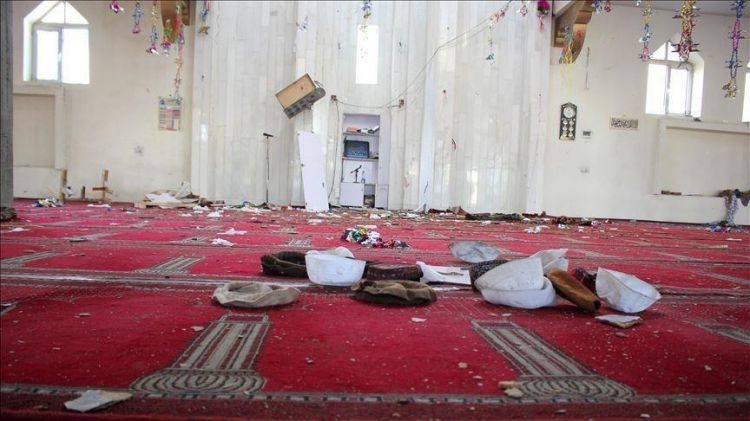 A huge bomb exploded during evening prayers Wednesday at a mosque in Afghanistan's capital, killing many worshippers and injuring dozens of others, according to local media.
In multiple videos posted on Twitter following the blast, blood was seen throughout the main prayer hall of Abu Bakr Siddique Mosque in Kabul, which is adjacent to an Islamic seminary in the Khairkhana Kotal neighborhood.
The mosque's prayer leader, Maulvi Amir Mohammad Kabuli, a renowned Afghan scholar and preacher of Sufi Islam, was targeted, and the majority of those killed and wounded were seminary students, according to the Afghan Islamic Press (AIP).
Khalid Zadran, a spokesman for the Kabul Police Department, did not provide casualty counts. He did, however, confirm that a bomb had exploded at the mosque which killed and injured several people.
He said a large number of security and first aid teams were dispatched to the area.
Emergency Hospital, one of the largest health care centers in Kabul, announced on Twitter that 27 patients, including five children, were treated there, while the Al Jazeera news network claimed that around 20 people lost their lives.
Zabihullah Mujahid, the spokesman for Afghanistan's interim administration, condemned the explosion but did not provide details on casualties.
He said the perpetrators would be found as soon as possible.
So far, no group has claimed responsibility for the attack. However, the Daesh/ISIS terrorist organization claimed responsibility for the killing of senior Taliban cleric Maulvi Rahimullah Haqqani and his brother in a suicide bombing in Kabul's Sherpur area last week.
The terrorist group has intensified its subversive activities in Afghanistan, which is grappling with many challenges since the Taliban came to power last year after US forces withdrew from the country.
The Taliban have been struggling for recognition of their government, facing financial difficulties as the US has frozen Afghanistan's approximately $9.5 billion in assets, despite warnings from the UN that the population is facing extreme starvation.
However, the terrorism issue appears to be the most pressing one because on Aug. 5 and 6, Daesh/ISIS claimed responsibility for two attacks on the Shia Muslim community in Kabul that left 11 people dead and 25 injured.