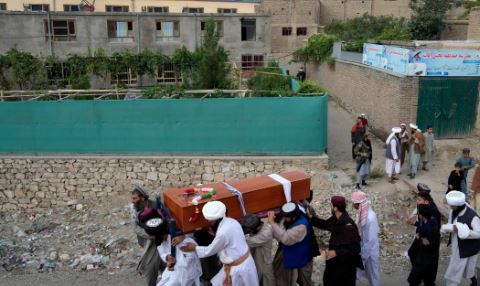 The death toll from a blast which ripped through a mosque in Kabul has risen to 21, police said Thursday.
"Yesterday an explosion occurred in a mosque... during evening prayers. As a result 21 of our citizens were martyred and 33 were wounded," Kabul police spokesman Khalid Zadran said in a statement.