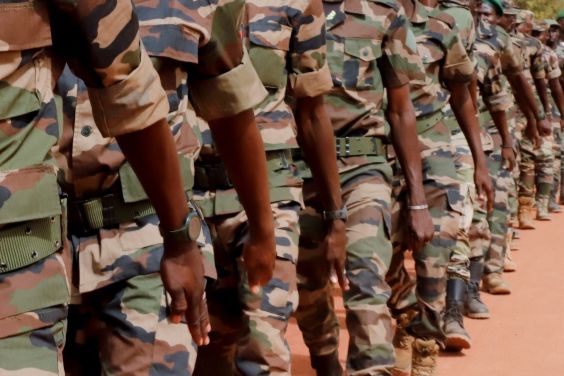 The German military resumed flights to Mali on Thursday after Berlin suspended most of its operations in the West African country in a spat with local authorities over flight clearances.

Berlin has deployed some 1,000 troops to Mali, most of them near the northern town of Gao where their main task is to gather reconnaissance for the UN peacekeeping mission MINUSMA.

“At 5.47am, a flight of a civilian contractor on behalf of the Bundeswehr took off from Cologne towards Mali,” the German forces said on Twitter, adding the aircraft was taking some 90 troops into the West African country.
Germany had suspended its military reconnaissance mission on Friday after local authorities repeatedly withheld flight clearances.
MINUSMA was established in 2013 to support foreign and local troops battling Islamist militants, but in recent months there have been repeated instances of tensions between the Malian authorities and the mission.
Berlin's participation in MINUSMA has been controversial for some time in Germany as the West African country deepens its Soviet-era ties with Russia.
Fighters from the Wagner Group, a Kremlin-linked private military company, have been supporting the Malian army in its fight against Islamist insurgents since late last year.