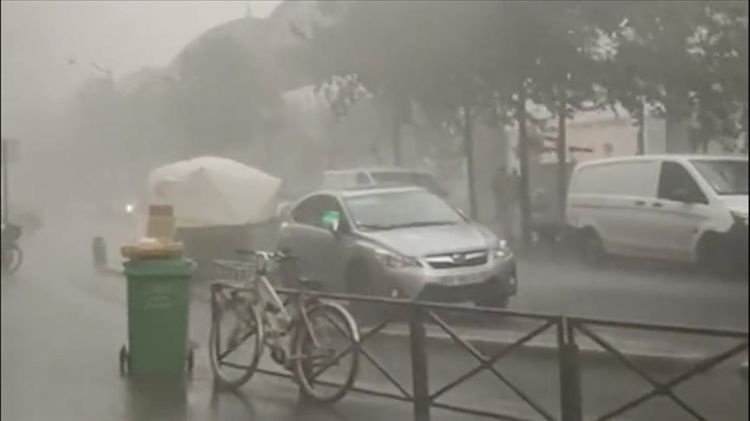 At least three people died and 12 others injured in a sudden and violent spell of thunderstorms and torrential rains in the French island of Corsica, the interior minister said on Thursday.
In a statement on Twitter, Gerald Darmanin expressed support for the “Corsicans who faced violent storms, with gusts of wind at more than 200 km/hour.”
"Significant resources are committed. I will be there this afternoon," he added.
A 13-year-old girl died after a tree fell on her and a roof fell on a 72-year-old woman at the Liamone beach, Corsica prefecture said in a statement.
According to weather service Meteo-France, "the very strong storms which generated hail and very violent gusts of wind in the early morning on Corsica evacuated the island by the North-East and are now heading towards the Gulf of Genoa.”
A new episode of the storm is expected on Thursday evening and will continue on Friday morning.
The storm caused power cuts, and significant damage in different parts of the island. In videos shared on social media, metal chairs could be seen flying from rooftops and trees swaying brutally by powerful gushes of the wind.
"My thoughts go out to the victims, their loved ones and the entire population hard hit by the bad weather in Corsica," said Prime Minister Elisabeth Borne. "Everything is done to help the victims. I extend my full support and gratitude to the teams mobilized on site."