'Türkiye ready to contribute to ending Russia-Ukraine war through diplomacy' 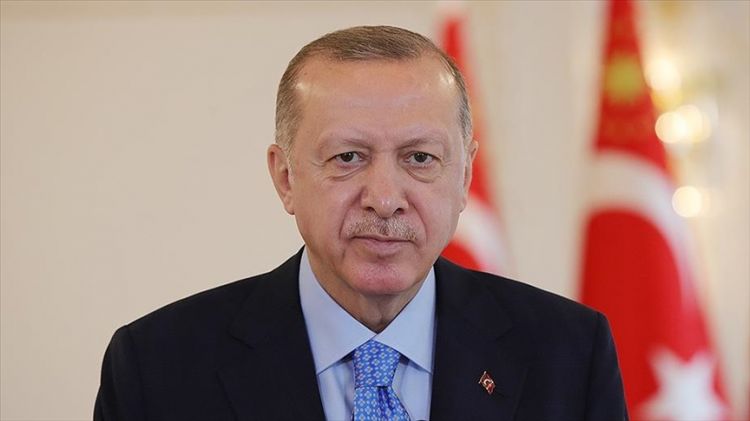 Turkish President Recep Tayyip Erdogan said Ankara is ready to contribute to ending the Russia-Ukraine war through diplomacy, and invited both leaders for meeting in Türkiye, Anadolu Agency reports.

"I stated that we will continue to contribute to the solution to the war through diplomacy and negotiations.

"Just as I told (Russian President Vladimir) Putin during my Sochi visit, I reminded (Ukrainian President Volodymyr) Zelenskyy that we could host the meeting between them," Erdogan on Thursday told reporters on board the presidential plane following a one-day working visit to Ukraine.

Erdogan, Zelenskyy, and UN Secretary-General Antonio Guterres gathered in the Ukrainian city of Lviv to discuss steps to end the Ukraine-Russia war through diplomatic means and maintain a mechanism recently established for the export of Ukrainian grain to world markets.

Erdogan said Türkiye, Ukraine, and UN discussed steps that can be taken for Ukrainian grain exports, and called on the international community to assume responsibility to revive the diplomatic process.

Türkiye, the UN, Russia, and Ukraine signed a deal in Istanbul on July 22 to reopen three Ukrainian Black Sea ports for exporting Ukrainian grain stuck due to the war, which is now in its sixth month.

Erdogan said he has separately met with Zelenskyy and Putin since the war started, adding that Türkiye will bring this issue at the UN General Assembly in September.

"The messages to be conveyed there are very, very meaningful. The messages that we and other countries will give there, are very important," he said.