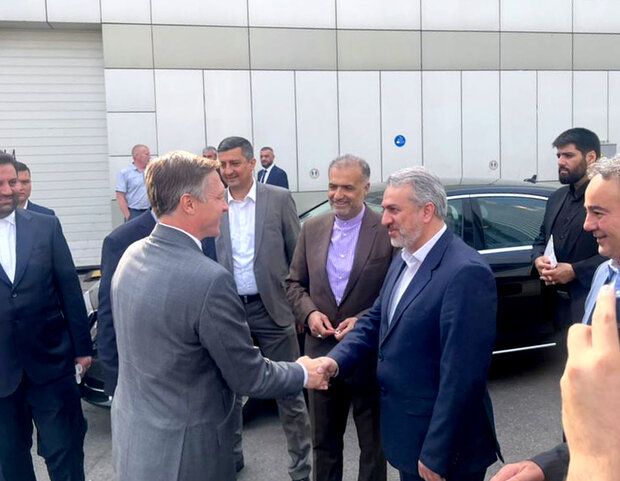 Minister of Industry, Mine, and Trade Reza Fatemi Amin said that Iran and Russia will develop joint cooperation in the field of shipbuilding, aviation, and automobile industries, Mehr news reports.

Fatemi Amin made the remarks while speaking to reporters upon his arrival in Moscow.

He traveled to Russia with the aim of participating in the Russian automobile exhibition and signing economic MoUs.

He said that the relations between Iran and Russia have been growing, and this growth is more evident in the last year and has entered a new phase.

Referring to the start of exporting gas turbines and technological products to Russia, he announced the possibility of signing economic memoranda in Russia.

Several issues will be pursued during this trip, the most important of which is the start of joint cooperation in the field of shipbuilding, aviation, and automotive industries, he added.

He also pointed to the presence of 50 Iranian companies in MIMS Automobility Moscow, saying that the grounds have been paved for starting joint cooperation between Iranian and Russian companies that are active in this field.

He stated that two Iranian cars "Tara" and "Shahin" will be showcased in MIMS Automobility Moscow.