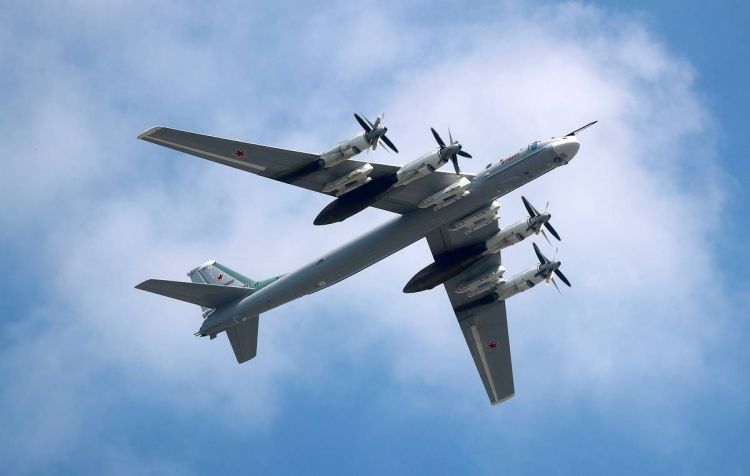 Two Tu-95MS strategic bombers carried out a flight over the Sea of Japan, TASS news agency reported on Tuesday, citing the Russian Defense Ministry.
The flight lasted around seven hours and the Russian planes were accompanied by South Korean F-16s at some stages of the route, the ministry said.
The South Korean military said Russian military aircraft entered its air defense zone without prior notice, according to Yonhap News Agency.