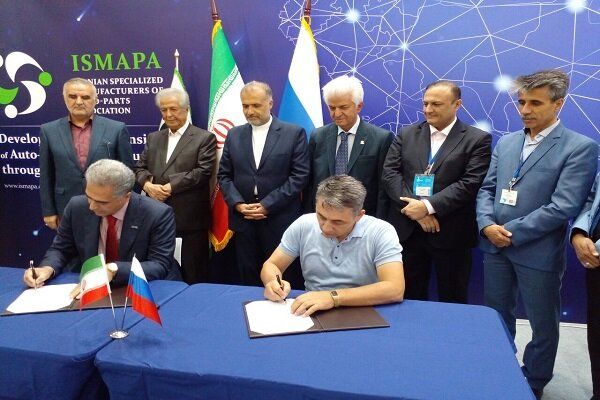 A number of 12 Memoranda of Understanding (MoUs) were signed between Iranian and Russian auto manufacturing companies, valued at €700 million to strengthen bilateral cooperation in the field of trade and economy, Mehr news reports.

The MoUs were inked in the Russian capital of Moscow on Wednesday evening in the presence of Iranian Ambassador to Moscow Kazem Jalali.

In the signing ceremony, Iranian envoy to Moscow Kazem Jalali said that a number of 12 MoUs and cooperation agreements have been signed between Iranian and Russian car manufacturing companies to boost bilateral cooperation in the relevant fields.

If these MoUs are put into operation, it will lead to more than 700 million euros of foreign exchange for the country, he stipulated.

Jalali put Iran’s export value to the Russian Federation last year in 2021 at about $1 billion.

He then pointed to the problems of money transfer between Iran and Russia and added that the first transfer of Russia’s ruble and Iran’s rials was launched between the two countries in order to ease financial transactions.