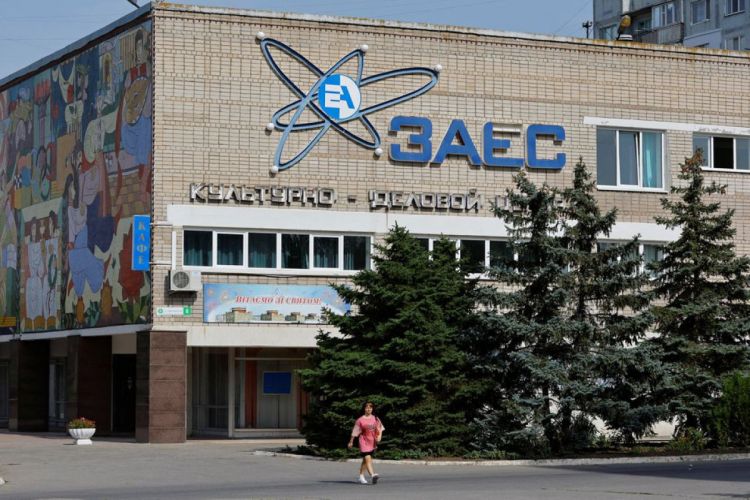 The world narrowly avoided a radiation accident at the Zaporizhzhia nuclear station in Ukraine on Thursday after power was cut to the two remaining working reactors, President Volodymyr Zelenskiy said, UNIAN reports.

Ukraine's state nuclear company Energoatom said fires in the ash pits of a coal power station near the complex had disconnected the reactors from the power grid. The company blamed Russian "invaders" for the disconnection.

Zelenskiy, confirming earlier comments to Reuters by an energy official, said back-up diesel generators had immediately kicked in to ensure continuous power supply. Electricity is used for cooling and safety systems at the nuclear plant.

"If the diesel generators had not turned on ... if our station staff had not reacted after the blackout, then we would have already been forced to overcome the consequences of a radiation accident," he said in an evening address.

"Russia has put Ukraine and all Europeans in a situation one step away from a radiation disaster."

He also called on the International Atomic Energy Agency and other world bodies need to act much faster to force Russian troops to leave the territory of the station, the largest of its kind in Europe.