Raging floods kill another 34 across Pakistan 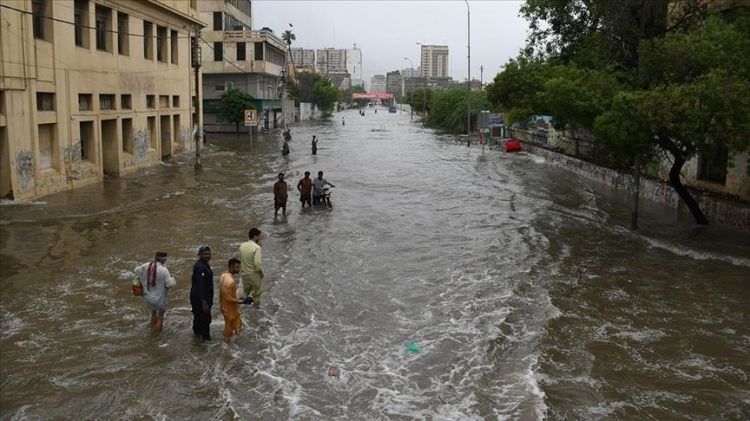 Swirling floods inundated more districts and towns across Pakistan, killing another 34 people over the past 24 hours, officials and local media reported on Friday, Anadolu Agency reports.

Swollen rivers, streams and dams burst their banks and swept through hundreds of houses, buildings and dozens of bridges, and roads in southwestern, northwestern and southern Pakistan, disconnecting several major cities, including a provincial capital, from the rest of the country.

The majority of the deaths were reported from southern Sindh, where 16 people lost their lives followed by southwestern Balochistan, where another 13 people died in the rain-related mishaps, the National Disaster Management Authority (NDMA), a state-run agency that coordinates between different relief and rescue organizations, said on Friday.

The remaining fatalities were reported in northeastern Punjab and the northern Gilgit-Baltistan region, which borders China.

The latest casualties bring the total number of casualties since June 14 to 937, with nearly 1,400 injured across Pakistan, mostly in Sindh and Balochistan.

Authorities fear an increase in the death toll as hundreds of people are still missing, mainly in the mountainous regions of Sindh, Balochistan and Punjab.

Minister for Climate Change Sherry Rehman told reporters in Islamabad that a staggering 30 million people out of the country's 220 million people are without shelter, with thousands of them displaced and without food.

The rescue workers, however, put the number at "tens of thousands."