Russia not to pay on someone else’s bills - UN envoy - ednews.net

Russia not to pay on someone else’s bills - UN envoy 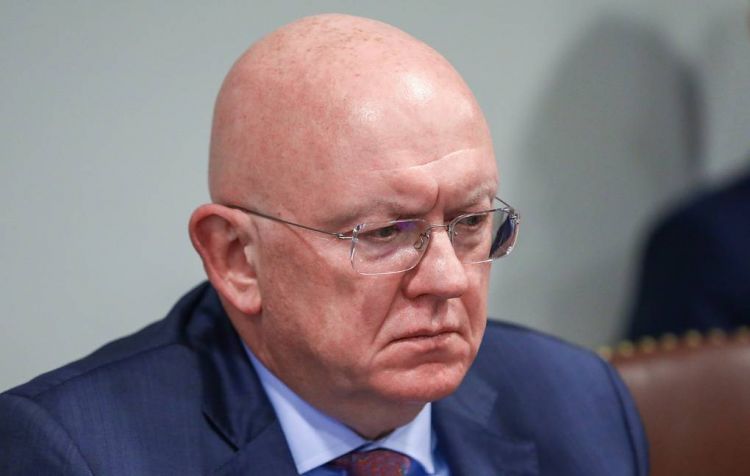 Russian Permanent Representative to the UN Vasily Nebenzya called on his US counterpart Linda Thomas-Greenfield to return the money stolen from the Afghan people, instead of trying to make others pay on someone else’s bills during the UN Security Council meeting on Afghanistan, TASS reports.

Thomas-Greenfield claimed during the meeting that Russia allegedly contributes too little to funding of restoration of Afghanistan.

"From the lengthy speculations of our US colleagues, one could perceive a call to Russia and China to pay for restoration of Afghanistan. Allegedly, it is the US and its allies who pay who everything, while Russia and China only do empty talking."

"The cynicism of such claims is simply shocking. We are being called upon to pay for restoration of the country, whose economy was effectively destroyed by the 20-years-long occupation by the US and NATO," the diplomat noted. "Instead of admitting own mistakes and trying to fix them, we are being accused of being unwilling to pay on someone else’s bill. It is an interesting proposal."

"No, our dear former Western partners, it is you who must pay for your own mistakes," the diplomat said. "And, for starters, it is necessary to return the money stolen from the Afghan people back to them. We have been helping and will help Afghanistan. And we suggest you to focus on paying the bills to the Afghan people for the 20 years of pointless occupation, which destroyed Afghanistan and which put its people on the brink of survival."

"Not all can be measured in money. The lives of the people who died during your imposition of democracy in Afghanistan cannot be measured with money; and money cannot buy the loyalty of the people of Afghanistan, which the US has completely lost, apparently," Nebenzya said.