France, Germany to help each other through energy crisis - ednews.net

France, Germany to help each other through energy crisis 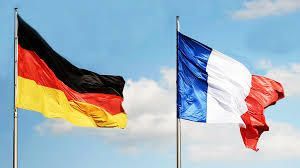 French President Emmanuel Macron announced on Monday that France and Germany will help each other through the energy crisis and get by the upcoming winter,  Xinhua reports.

Speaking at a press briefing after a videoconference with German Chancellor Olaf Scholz, Macron said France is ready to deliver more gas to Germany while the latter will offer more electricity to France, if the current energy crisis persists in winter.

"We are going to finalize the gas connections in order to be able to deliver gas to Germany...It (Germany) will be ready to produce more electricity to bring to us in extreme situations," Macron said.

The French president said that he was in favor of solidarity measures at the European level to deal with the current energy crisis.

"We are in favor of common gas purchasing practices that will make it possible to buy cheaper," he explained.

However, he said there was "no need" for a gas pipeline linking France and Spain.