N. Korea’s currency continues to strengthen against the Chinese yuan 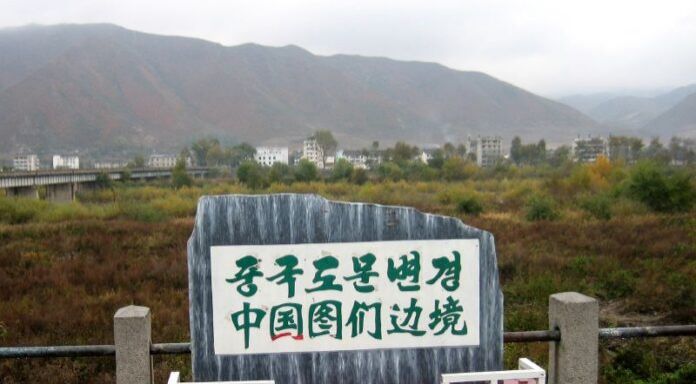 North Korea’s currency continues to strengthen against the yuan. Exchange rates usually climb when trade with China temporarily expands ahead of major state events like the Day of the Foundation of the Republic on Sept 9. Not this year.

Daily NK’s regular survey of prices in North Korea determined that the yuan was trading at KPW 840 in Pyongyang as of Tuesday.

Though the yuan was trading at roughly the same level in Sinuiju in North Pyongan Province, Hyesan in Yanggang Province and other regions, the KPW-RMB rate was the lowest in Pyongyang.

Compared to January, when the yuan was trading at KPW 590 prior to the restart of China-North Korea freight train service, the current rate represents a 42% increase. Yet from late July, the KPW-RMB rate has been continuously falling.

However, the KPW-RMB exchange rate seems to be falling even after Chinese customs officials published a notice early last month that they planned to inspect transportation vehicles to take part in trade with North Korea, sparking higher expectations regarding the restart of truck and train service between the two countries.

Although signals have emerged from China regarding the restart of freight train service or road traffic with North Korea, North Korean authorities have issued no orders regarding expanded trade.

Meanwhile, the KPW-USD exchange rate continues to hold steady in the KPW 8,000-8,500 range.

Essentially, the restart of freight train service between China and North Korea earlier this year led to skyrocketing rates for both the dollar and yuan, but while the dollar has continued to rally, relatively speaking, the yuan has been weakening since July.

This seems due to a combination of several factors, including trends in international markets and North Korea’s shortage of dollars.

In fact, with Chinese authorities locking down major cities due to COVID-19, the yuan continues to slide, while the dollar grows stronger and stronger due to tighter US monetary policy, including the Federal Reserve’s rate hike, and Europe’s economic slowdown.

The continued strengthening of the dollar and weakening of the yuan in international currency markets appears to have had some impact on local exchange rates in North Korea, too.

When Daily NK cross-checked with sources in North Korea, it found that with the dollar increasingly likely to face a prolonged rally, even Chinese traders dealing with North Korean trading institutions often prefer to deal in dollars rather than yuan as of late.

“Even the Chinese prefer dollars over yuan nowadays,” said a source in North Korea on Tuesday. “They ask for the main payment to be in dollars, with yuan used to cover whatever is left over.”

One North Korean economy expert has posited that the dollar is rapidly growing stronger because North Korea’s dollar shortage is greater than its yuan shortage.

In a telephone conversation with Daily NK, Choi Ji Young, a researcher at the Korea Institute for National Unification, said the North Korean authorities’ policy to absorb the public’s foreign currency holdings over the last couple of years may have soaked up more dollars than yuan.

“If the dollar is in greater shortage in North Korea, it could result in differences in exchange rates between the dollar and yuan,” he said.