Türkiye calls on Armenia to learn its lesson, choose peace with Azerbaijan - ednews.net

Türkiye calls on Armenia to learn its lesson, choose peace with Azerbaijan 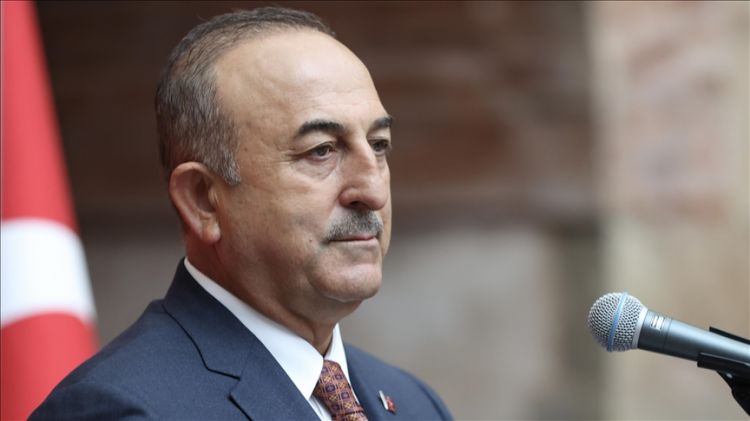 Armenia should stop its provocations along the border with Azerbaijan and instead make peace, said Türkiye’s foreign minister on Tuesday, Ednews reports citing Anadolu Agency.

In the wake of Azerbaijan’s response to these provocations, “Armenia needs to learn its lesson and seek peace," said Mevlut Cavusoglu.

Speaking at an event in the Black Sea province of Kastamonu, Cavusoglu cited the promise of Azerbaijan's comprehensive peace proposal, while "Armenia, on the other hand, burned and destroyed everything while withdrawing from Lachin,” a strategic city recently returned to Azerbaijan.

Even though Türkiye and Armenia last year appointed envoys to normalize ties, Cavusoglu said, "Both the world and Armenia knows that this (normalization) process will not proceed independently of Azerbaijan. For full stability and peace in the region, the problems between all countries must be resolved."

"We always stand on the side with dear Azerbaijan. Azerbaijan never stands alone," he added.

The Armenian army on Monday carried out extensive provocations on the border towards the cities of Dashkesan, Kalbajar and Lachin, according to Azerbaijan’s Defense Ministry.

Armenian army saboteurs laid mines on land and roads between positions of the Azerbaijani army in various directions, the ministry said, adding that when the Azerbaijani military took steps to address the situation, intense clashes broke out between troops of the two countries.

There were casualties among military personnel from both sides, it added.

Relations between the former Soviet republics of Armenia and Azerbaijan have been tense since 1991, when the Armenian military occupied Nagorno-Karabakh, also known as Upper Karabakh, a territory internationally recognized as part of Azerbaijan.

In 2020, Azerbaijan liberated several cities and over 300 settlements and villages that were occupied by Armenia, and the fighting ended with a deal brokered by Russia.

Also commenting on ties with Greece amid recent tensions, Cavusoglu said that Türkiye has "seen the insincerity of Greece on every platform."

He also vowed that Türkiye will continue its energy exploration in the Eastern Mediterranean, calling this “our right and duty."