At least 26 dead in Iran as protests continue - ednews.net

At least 26 dead in Iran as protests continue 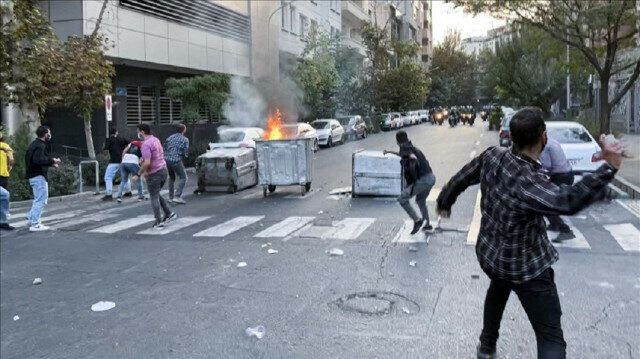 Protests that erupted after the death of a young woman in police custody continued in Iran on Friday, with Iranian state TV suggesting that the death toll from the unrest reached at least 26, Yeni Safak reports.

"Unfortunately, 26 people, including members of the police, lost their lives during the events," an anchor on state television announced in a live broadcast, without providing further details.

Protests erupted last week after the death of 22-year-old Mahsa Amini, who was arrested by the country's morality police in Tehran for alleged violation of the Islamic dress code.

Police deny mistreating Amini, saying she died of a heart attack, but her family said she had no pre-existing heart condition. Authorities have promised a thorough investigation into Amini’s death.

The incident has drawn condemnation from many world leaders and human rights groups, including the US, which has sanctioned Iran's morality police in response to the "abuse and violence against Iranian women and the violation of the rights of peaceful Iranian protestors."

Washington has imposed sanctions on Tehran since former US President Donald Trump withdrew from the Iranian nuclear deal in 2018. Numerous rounds of negotiations to restore the agreement have yet to bear fruit.