US keen on peace deal between Azerbaijan & Armenia - Ambassador
Read: 437 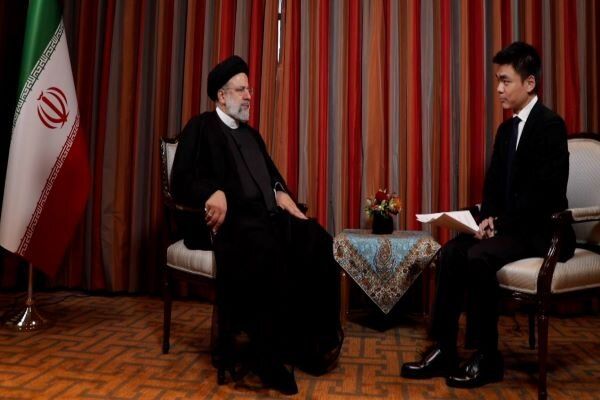 "The relationship between Iran and the countries in the region can certainly neutralize a great many of these sanctions - today at the hands of the Americans," Iranian President Ebrahim Raisi said in an exclusive interview with CGTN at the UN General Assembly in New York.

"Sanctions are a weapon. In yesteryears, they used to put boots on the ground, so to speak, and use military action. But today the face of that threat has been changed to the imposition of cruel sanctions, which is a cruel imposition on nations," he said.

"And in reality, it is a form of war waged against nations. The relationship between the Islamic Republic of Iran, China and Russia, and others who may be under sanctions can, in itself, be a great contributor to neutralizing these sanctions imposed by the Americans," Raeisi added.

"Despite the sanctions we have been subjected to thus far, we have seen great progress in the Islamic Republic of Iran. The Americans did not expect this level of progress. However, we are committed and focused, despite the sanctions, to move towards even more progress in many different arenas in our country in a committed and firm fashion, by augmenting relationships with friendly countries such as China, Russia, and Central Asian countries,” the Iranian President said.

"People from all over the globe do not have fond memories from the old time, the era of hegemony, the era of unilateralism, the era of trampling upon the rights of many nations," Raeisi added.

"We firmly believe that this can also contribute to the elimination of unilateralism," he stressed.

On building ties specifically with the Chinese, Raisi said, "We have a deep-rooted relationship and a very old relationship with China. It is a strategic relationship. We have signed a 25-year agreement, a comprehensive agreement with China, and perhaps some are less than happy due to the fact that we have reached this agreement."