There's a Giant Magma Plume on Mars, Bulging the Surface out Across a Vast Region - VIDEO
Read: 244 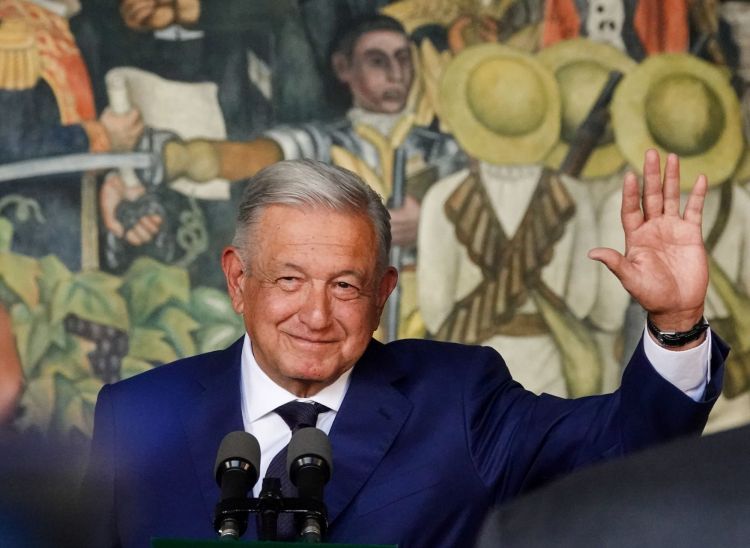 The Mexican government said on Friday it had suffered a major cyber hack of data held by the armed forces, including details about President Andres Manuel Lopez Obrador’s heart condition that led to his hospitalization in January.
The president, speaking at a regular news conference, said information published in local media overnight from the hack of the Defense Ministry was genuine, and he confirmed revelations about his own health problems.
“It’s true, there was a cyber hack,” he said, saying that hackers had exploited a change in the military’s IT systems.
According to media reports, the hack accessed six terabytes of data from the Defence Ministry, including information about criminal figures, transcripts of communications, and the monitoring of the U.S. ambassador to Mexico, Ken Salazar.
The U.S. Embassy did not immediately reply to a request for comment.
The hack follows the government’s revelation on Thursday that a military helicopter crash in July that killed 14 people was caused by the aircraft’s running out of fuel.
Javier Oliva, a political scientist at the National Autonomous University of Mexico, said the leaks pointed to a “very serious show of vulnerability,” especially at a time the military’s role in Mexico was being hotly debated.
The hack also revealed the 68-year-old Lopez Obrador has been diagnosed with a form of angina, and had 10 medical consultations in the first half of January.
Lopez Obrador, who had a heart attack in 2013, said he was taken to a hospital in January because of the risk he could suffer another one. The government had previously said he underwent a cardiac catheterization that month. Lopez Obrador also said he was taking medicine and doing exercise to help with high blood pressure.
“I ended up on a cocktail [of drugs] I take at night for various illnesses,” he said, “but I am very well.”
The hack was carried out by a group identified in local media as “Guacamaya” – or “macaw” in Spanish.
Lopez Obrador, a vocal supporter of Wikileaks founder Julian Assange, said the group was likely of foreign origin.
According to Distributed Denial of Secrets, a leaks database, Guacamaya is running a series of hacks targeting security forces in Latin America, and has claimed responsibility for hacks in Peru, El Salvador, Chile and Colombia.
A statement from Guacamaya shared on the platform accuses the region’s armed forces of criminal violence and aiding “extractive companies from the Global North.”
Carlos Loret, a Mexican journalist and noted critic of the government who first reported details of the leak, said the ministry’s data trove showed how much power the armed forces has acquired under Lopez Obrador, who has tasked the military with everything from building infrastructure to overseeing customs.
Lawmakers this month approved legislation extending the armed forces’ remit to fight crime, defying criticism of alleged abuses by the military and concerns the government is militarizing public security.