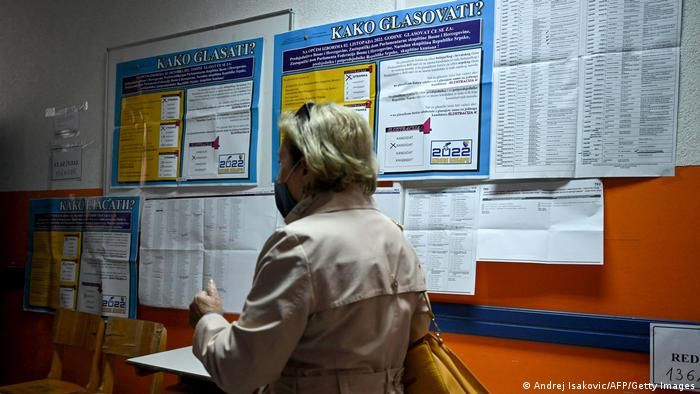 Bosnia's election was held primarily to cast ballots for the country's unique tripartite presidency, a system that sees the president's role shared by one Bosniak, one Serb and one Croat, who each serve a four-year term, Ednews reports citing DW.

The vote has been a tight contest between entrenched nationalists and economy-focused reformists.

Preliminary results on Monday showed that moderate Denis Becirevic was leading in the race for the Muslim Bosniak seat on presidency. "It is time for a positive turnaround in Bosnia," he said after claiming victory.

Becirevic, from the Social Democratic Party (SDP), won 55.78% of the votes over Bakir Izetbegovic, whose nationalist Bosniak Party of the Democratic Action (SDA) has been in power since the end of the war in 1996. The latter conceded defeat late on Sunday

For the Croat presidency member, moderate Zeljko Komsic appears to be slightly ahead of Borjana Kristo of the nationalist Croatian Democratic Union (HDZ)

In the race for the the Serb member of the Bosnian presidency, Zeljka Cvijanovic won 51.65% of the votes counted, a close ally of pro-Russian Milorad Dodik.

Dodik used to be the Serb member of the presidency but now is running for the separate job of president of the Republika Srpska, the autonomous Serbian part of the country. In that separate vote, he appears still tied with the opposition's Jelena Trivic, an economy professor.

Voters have also picked the deputies of the federal parliament and a string of regional and local councils.

The election followed a campaign dominated by threats of secession, political infighting and ethnic tensions.

The Balkan country is going through arguably its worst political crisis since the end of its war in the 1990s.

Bosnia remains divided between two largely autonomous regions: the Republika Srpska (RS) and the Federation of Bosnia and Herzegovina (FBiH), which is shared by Bosniaks and Croats.