US keen on peace deal between Azerbaijan & Armenia - Ambassador
Read: 433 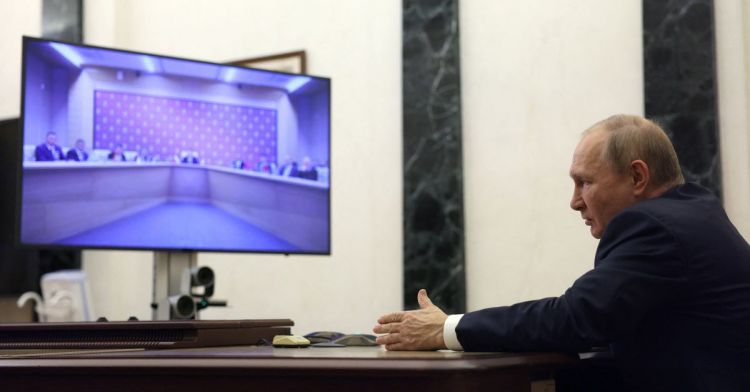 After a report by media that Russia was preparing for nuclear weapons use in the conflict with Ukraine, the Kremlin stated on Tuesday (4 October) that it didn't want to participate in "nuclear discourse" from West, EU Observer reports.

The Times newspaper reported Monday (3 October) that NATO's military alliance warned its members that Vladimir Putin was ready to test his willingness to use nuclear weapons and conduct a nuclear test at Ukraine's border.

According to the newspaper, Russia was believed to have moved a train that was linked to a unit in the defense ministry responsible for nukes.

NATO hasn't observed any changes in Russia’s nuclear posture but is vigilant, an alliance official stated on Tuesday. A Western diplomat commented on the Times report and told Reuters that NATO hadn't warned its allies of a Russian nuclear threat.

Dmitry Peskov, a Kremlin spokesperson, said that Russia was not interested in participating in the Times report.

Peskov stated that "the Western media, Western politicians, and heads of states are engaging in many exercises in nuclear rhetoric right at the moment. We don't want to participate in this."

Italian newspaper La Repubblica reported Sunday (2 October) that NATO had sent an intelligence report to its members on the movements and movements of the Belgorod nuclear sub.