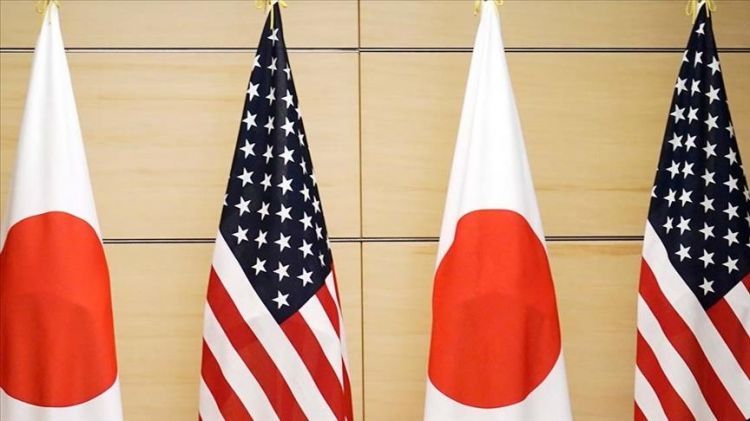 Japan and the United States will conduct a joint military exercise from Nov. 10, the Japanese Defence Ministry said Friday, as countries in the region and beyond are increasingly wary of China's growing military might and assertiveness, Daily Sabah reports.

The drill, dubbed Keen Sword, takes place biennially around Japan. Some 36,000 personnel, 30 vessels and 370 aircraft from Japan's Self-defence Forces and the U.S. military will participate in this year's exercise, which will run till Nov. 19.

"By demonstrating Japan's and the United States' strong will and coordination, we aim to contribute to defending Japan and securing peace and safety of the region," Japanese Defence Minister Yasukazu Hamada told reporters.

Besides the two Pacific allies, Canada will be dispatching two vessels, while Australia and Britain will each send one warship to the drill, the ministry said.

Locations of the field training include Japan's southwestern islands including Tokunoshima, which is closer to Taipei than to Tokyo.

At a Communist Party meeting that started on Sunday, Chinese President Xi Jinping called for accelerating China's plans to build a world-class military and said his country would never renounce the right to use force to resolve the Taiwan issue.

China claims democratically ruled Taiwan as its own territory, while Taiwan's government strongly objects to China's sovereignty claims and says only the island's 23 million people can decide its future.