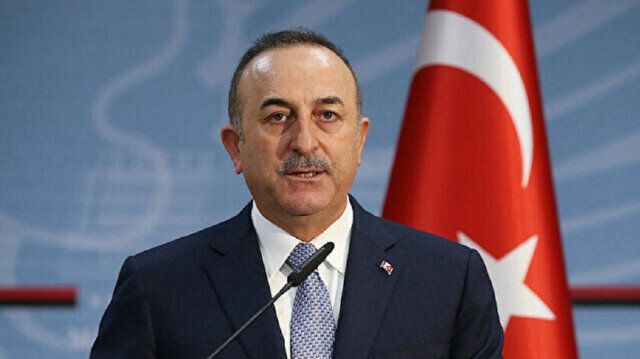 Türkiye and Sweden discussed the implementation of a trilateral agreement on Monday, he Turkish Foreign Ministry reports.

In a phone call, Mevlut Cavusoglu congratulated his Swedish counterpart Tobias Billstrom over his recent appointment as the foreign minister.

The two officials also addressed the trilateral memorandum of understanding that was signed in June.

Türkiye, Sweden, and Finland signed a trilateral memorandum of understanding at NATO's June summit in Madrid, which stipulates that the Nordic countries will not provide support to the YPG/PYD – the PKK terrorist organization's Syrian offshoot – or the FETO terror group.

The PKK is listed as a terrorist organization by Türkiye, the European Union, and the US, and is responsible for the deaths of 40,000 people, including women, children, and infants. The PKK terror group's Syrian branch YPG -- openly sanctioned by several governments -- also has a presence in Europe.

FETO and its US-based leader Fetullah Gulen orchestrated the defeated coup in Türkiye of July 15, 2016, in which 251 people were killed and 2,734 wounded. Ankara also accuses FETO of being behind a long-running campaign to overthrow the state through the infiltration of Turkish institutions, particularly the military, police, and judiciary.

Türkiye's parliament must ratify the country's approval for Finland and Sweden's membership for them to join NATO.