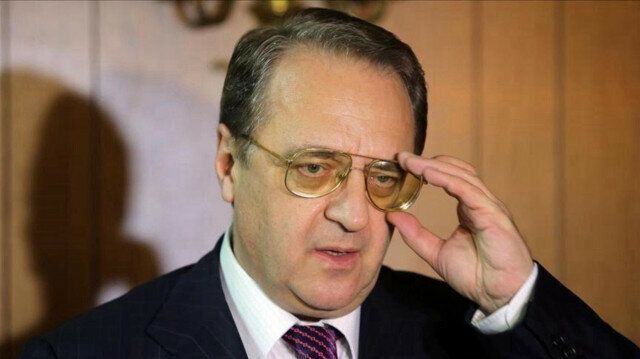 Russia on Tuesday called on Iran and Saudi Arabia to resolve their differences through dialogue, Ednews reports citing Yeni Safak.

"We are in contact with both our Saudi and Iranian friends. We stand for resolving all contradictions and misunderstandings at the negotiating table as part of a constructive dialogue," Russian deputy Foreign Minister Mikhail Bogdanov told reporters in Moscow.

Russia is “ready” to mediate between the two countries, Bogdanov added.

"We have excellent relations with Algeria … We welcome the desire of our friends, partners and like-minded people to join the work in formats such as BRICS, SCO and others where we are actively working," he noted.

Bogdanov said that Algerian President Abdelmadjid Tebboune will be visiting Russia by the end of the year.

He said the new round of talks on the Syrian settlement in Kazakh capital Astana will take place on Nov. 22-23.