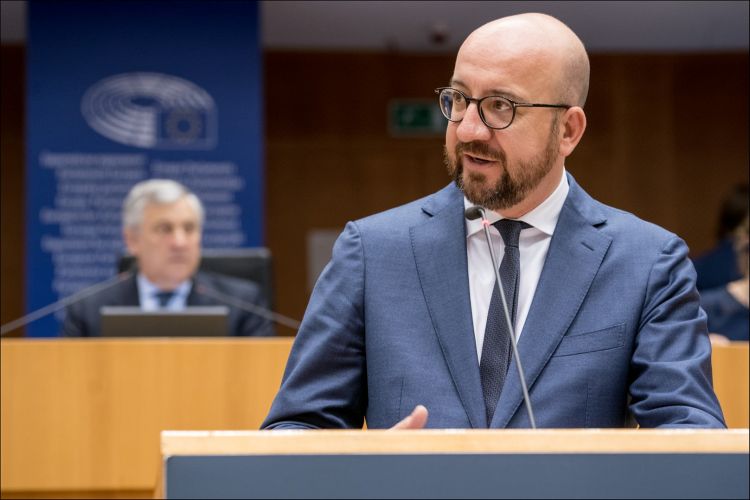 Europe will engage with China but needs to "rebalance" the relationship to avoid becoming too reliant on the country for areas like innovative technology, European Council President Charles Michel said on Tuesday, Ednews reports citing Reuters.

Michel said Monday's meeting between U.S. President Joe Biden and Chinese leader Xi Jinping was important and positive in the sense "there is a choice for competition but not a systematic conflict."

Europe will also engage with China despite differences the two sides had, as it was "important to listen to each other, to develop a better understanding," Michel told a news conference before attending the G20 leaders' summit.

But Europe must avoid making "the same mistakes" it made by relying too heavily on Russia's fossil fuels, he said.

"With China, we don't want to be too dependent for the innovative technology that we need today, and that we need more in the future," he said. "That's why it's important to rebalance relationship and for that, it's important also to engage with China authorities."

Leaders of the Group of 20 (G20) major economies open talks on Tuesday on the island of Bali, after a final pitch by host Indonesia for the bloc to focus on action to help a global economic recovery despite deep rifts due to the war in Ukraine.

In a sign of the challenges of forging an agreement among the leaders, Michel said Europe must try to use the G20 meeting to convince members to put more pressure on Russia for triggering a global energy and food crisis with the war.

He said there was an agreement among officials on a text communique for Monday evening, which he described as "positive". However, such a communique would need to be confirmed by the leaders.

The G20 ministers' gatherings have failed to produce joint communiques due to disagreement between Russia and other members on language, including on how to describe the war in Ukraine.