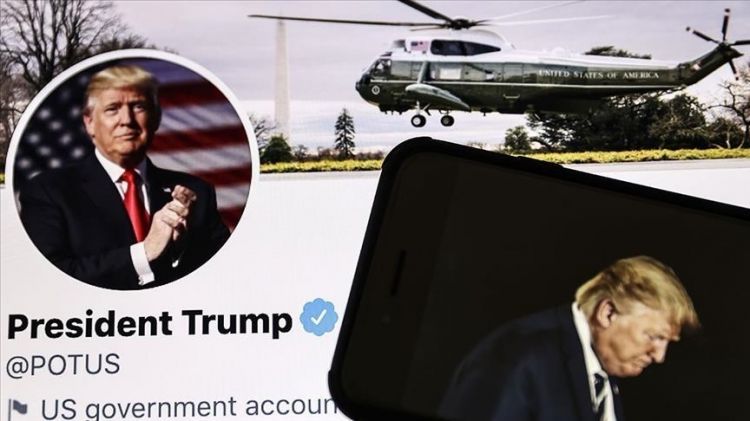 "Trump decision has not yet been made," tweeted Musk, as he announced three high-profile reinstatements of accounts that were banned by the social media giant.

Trump had about 88.8 million followers when Twitter permanently suspended the former US president's account in January 2021, citing his role in the Jan. 6 riot at the US Capitol and the potential for more violence.

Musk forecast a Trump return back in May when he called the expulsion "morally wrong and flat-out stupid."

Since taking over as Twitter's new leader, Musk has pledged to overhaul the platform's policies which he outlined on Friday.

"New Twitter policy is freedom of speech, but not freedom of reach," Musk tweeted. "Negative/hate tweets will be max deboosted & demonetized, so no ads or other revenue to Twitter. You won’t find the tweet unless you specifically seek it out, which is no different from rest of Internet."

Griffin was suspended from Twitter in early November for impersonating Musk after she changed her account name to “Elon Musk” and used his picture for her profile.

The Babylon Bee said in March that Twitter had suspended its account over how the site had described a trans woman serving in the Biden administration. Twitter said at the time that the tweet amounted to prohibited "hateful conduct."

Peterson was also suspended over a tweet attacking a trans person.

While the new Twitter boss has yet to make a decision on Trump's return, Musk did appear to rule out the reinstatement of banned conspiracy theorist Alex Jones who was ordered to pay $1.5 billion in damages for defamation in the 2012 Sandy Hook Elementary School massacre in Newtown, Connecticut.

When asked by a Twitter user whether he would bring Jones' account back, Musk responded with one word: "No."

Former head of trust and safety at Twitter, Yoel Roth, wrote in a New York Times column on Friday that Trump's return was a "near-certainty."

"In appointing himself 'Chief Twit,' Mr. Musk has made clear that at the end of the day, he'll be the one calling the shots," said Roth.