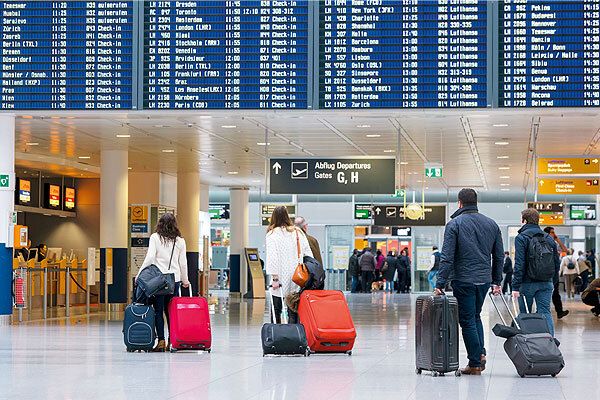 Airports in the UK are working on introducing next-generation baggage scanners that will allow passengers to leave laptops and liquids in their bags, hoping to overcome a major bottleneck at check-in lines, Hindustan Times reports.

While the new systems -- slated to be in place by 2024 at major UK airports -- seeks to cut through the cumbersome wait for passengers clumsily placing their bottles and electronic devices into plastic trays, one rule likely won’t change anytime soon: the restriction on liquid sizes limiting containers to 100 milliliters. The Department for Transport said that requirement -- which has been in place since 2006 -- remains in place even as some airports already test the new systems.
The Times reported earlier today that alongside the new rules about removing laptops from hand luggage, the restriction to only take aboard liquids under 100ml would also go within two years.
The UK aims to have new scanners in place by 2024, two years later than previously planned due to the Covid-19 pandemic. The UK isn’t the first country to introduce the new technology. Airports including Amsterdam’s Schiphol and Helsinki, as well as in several airports in the US, have CT baggage scanners that generate a 3-D image that can be viewed and rotated on three axes.