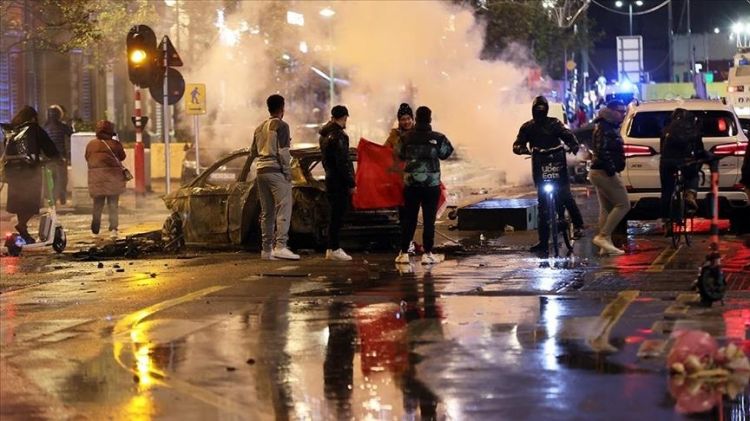 Following their team’s upset win, Moroccan fans in Brussels drove around the city in a peaceful celebration, honking their horns.

But some people who were covering their faces gathered around Brussels Midi Railway Station and threw fireworks in the streets.

In some places, electric scooters and trash cans were set on fire. A vehicle belonging to a car rental company was also overturned by a crowd. Some bus and tram stops were also vandalized.

Brussels police sent a large number of teams to central streets to prevent such incidents. Police also closed off roads leading to some tourist spots in the city center.

Condemning the violence, Brussels Mayor Philippe Close called on those causing the disturbances not to come to tourist and shopping areas.

Around 500 Moroccan fans gathered in Rotterdam and some threw fireworks and started fires. Police arrived at the scene to intervene and some of the fans threw glasses and fireworks at them.

Morocco beat Belgium 2-0 on Sunday with goals by Abdelhamid Sabiri and Zakaria Aboukhlal.