US, UK thought to be behind latest deadly terror attack in Somalia - ednews.net

US, UK thought to be behind latest deadly terror attack in Somalia 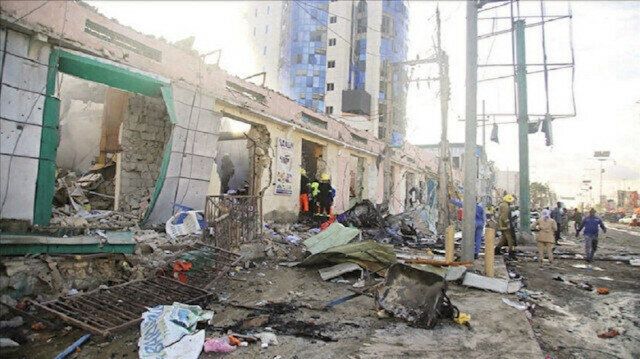 Somali security forces quickly intervened and evacuated lawmakers who were trapped inside the hotel.

Five civilians and a soldier lost their lives and 60 others were injured in the clash that erupted between security forces and terrorist militants right after the attack, which lasted for 20 hours.

Intelligence units of Western countries such as the U.S. and U.K are thought to be behind the terrorist attack in Somalia, which boasts strategic relations with Türkiye.

As they have previously done in the past in Libya, Syria, and Iraq, Western intelligence agencies have been providing covert support to terrorist organizations for over 30 years with the aim of destabilizing Somalia.

The Somali government has recently started to inflict serious losses on terrorist organizations thanks to its successful counterterrorism operations.

It is thought that foreign intelligence agencies, upon seeing the successive blows dealt to the terrorist organization, may have ordered this attack to boost terrorists’ morale and help them secure a new foothold in the country.

Observers noted that the fact that U.S. intelligence services had announced an attack was imminent before the explosion is cause for suspicion.