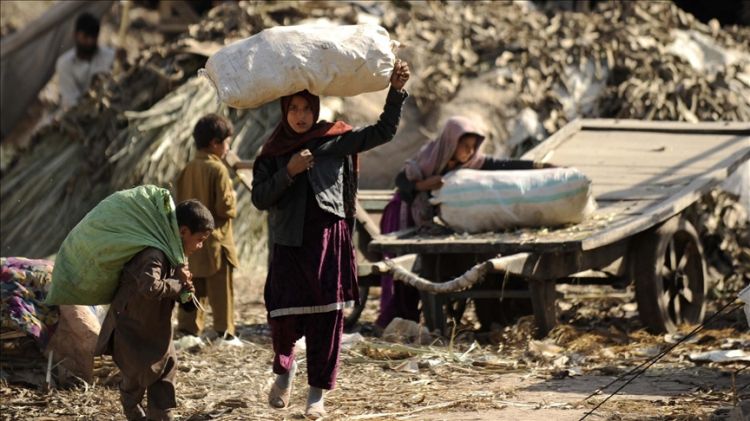 The latest global estimates indicate that 50 million people were living in modern slavery in 2021, according to data compiled by Anadolu Agency on the occasion of the International Day for the Abolition of Slavery, Anadolu Agency reports.

The last five years witnessed a significant rise in the number of people trapped in modern slavery, the report said.

There were 10 million more people in modern slavery in 2021 than there were in 2016, the report noted, citing global estimates.

Modern slavery comprises of two principal components: forced labor and forced marriage.
Both refer to situations of exploitation that a person cannot refuse or cannot leave because of threats, violence, deception, abuse of power, or other forms of coercion.

Over two-thirds of those forced to marry are female, which is equal to an estimated 14.9 million women and girls, it added.

The UN adopted a bill aimed at eradicating contemporary forms of slavery, such as human trafficking, sexual exploitation, child labor, and forced marriage on Dec. 2, 1949, which was henceforth marked yearly as the International Day for the Abolition of Slavery.