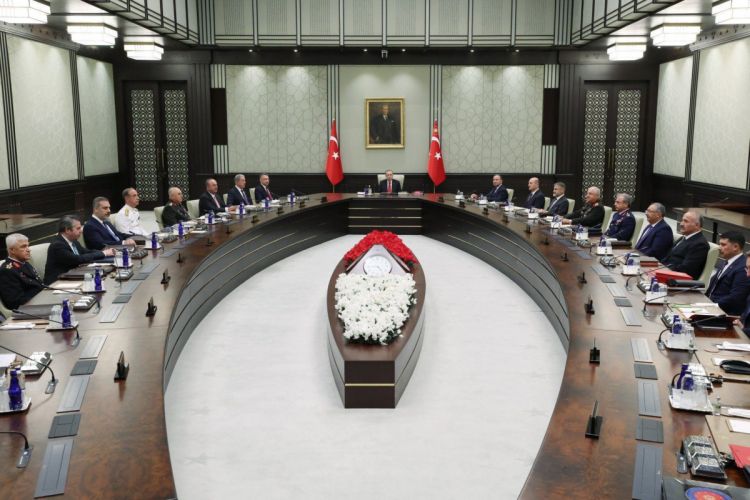 Türkiye will take necessary steps against terrorists and will not allow any terrorist group on its southern borders, a statement released after National Security Council (MGK) meeting said Thursday,  Daily Sabah reports.

The MGK, chaired by President Recep Tayyip Erdogan in the capital Ankara, focused on the potential ground operation targeting terrorists in Syria.

Noting that the only target of the Turkish military's counterterrorism operations on its southern borders is the terrorist groups, the MGK statement highlighted that the meeting informed the council about ongoing and planned operations against all terrorist groups.

The statement also noted that Türkiye will not tolerate some actors, which frequently employ lies and defamation against the country, to target Turkish security forces.