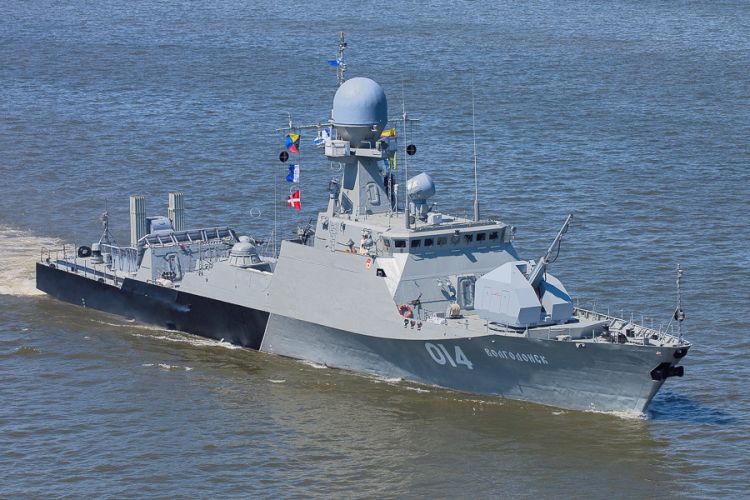 "The missile corvette Grad carrying out the program of state tests in the Baltic Sea conducted firings against naval and aerial targets from its operational 100mm and 30mm artillery guns," the press office said in a statement.

The warship’s crew will also practice a set of air defense measures, with aircraft of the Fleet’s naval aviation flying over the corvette, the press office said.

The shipbuilders’ delivery team, the corvette’s crew and members of the state commission are jointly carrying out the warship’s maneuverable and speed trials, checking the operation of all its assemblies, systems and mechanisms, navigational and radio-technical equipment as part of the state tests. The tests aim to comprehensively check the quality of the newly-built ship and its compliance with the designed characteristics, the press office said.

"After completing the trials at naval ranges and inspecting the ship, a naval flag will be hoisted on it and the ship will enter service with the Baltic Fleet," the statement says.

Project 21631 missile corvettes developed by the Zelenodolsk Design Bureau have been built for the Russian Navy since 2010. These corvettes are multipurpose river/sea large displacement ships outfitted with the most advanced artillery, missile, anti-saboteur, anti-aircraft and radio-technical armaments. The waterjet engine installed on these ships enables them to conduct combat operations in shallow waters.

The shipborne 30mm automatic artillery gun is capable of wiping out enemy aircraft, helicopters and other aerial attack weapons, engaging small-size naval and coastal targets located at a considerable distance from the coastline.