Those who burn Quran are ‘useful idiots’ for those who want to divide Sweden - Former premier
Read: 156

UK crime agency says a ‘wealthy Russian businessman’ was arrested, without identifying him. 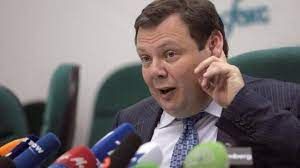 Russian billionaire Mikhail Fridman was detained in London on money-laundering suspicions, Russian state news agency TASS reported after the U.K.'s National Crime Agency said a "wealthy Russian businessman" had been arrested.
The crime agency said the businessman, whom it didn't identify, was arrested on Thursday at his London home on suspicion of money laundering, conspiracy to defraud the Home Office, and conspiracy to commit perjury, according to a statement released Saturday. The man was later released on bail, it said.
Fridman, a principal behind Alfa Group, one of Russia's largest privately owned investment groups, is on the EU sanctions list over Russian President Vladimir Putin's invasion of Ukraine. The EU called Fridman, 58, "a top Russian financier and enabler of Putin's inner circle" when it placed him on the sanctions list in late February.
In its statement on Saturday, the U.K. crime agency said a 58-year-old man was among three men detained by officers from the Combating Kleptocracy Cell on Thursday at a "multimillion-pound residence" in London. All three men were released on bail, the agency said.
Alfa Group issued a statement on Saturday stating Fridman was not under arrest; but the statement did not address whether Fridman had been released on bail, according to a report by Radio Free Europe.