The individuals allegedly received payment in cryptocurrencies to buy weapons and engage in kidnappings. 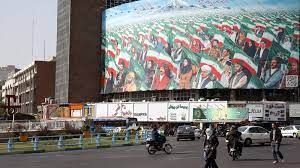 Iran has executed four people and handed prison sentences to three others accused of working with Israeli intelligence.
The four individuals – identified as Hossein Ordoukhanzadeh, Shahin Imani Mahmoudabad, Milad Ashrafi Atbatan, and Manouchehr Shahbandi Bojandi – were hanged early on Sunday, according to the official news website of the judiciary.
The judiciary called them “thugs” and said they were guided by Israeli intelligence when they engaged in destroying public and private property, theft, kidnappings, and obtaining fake confessions. They received their instructions from a Mossad operative based in Sweden, it said.
According to the judiciary, all the individuals had a history of crimes, with Ordoukhanzadeh – the alleged main link with Mossad – having been imprisoned in Greece between 2014 and 2017 for attempting to traffic humans from Turkey to Greece.
They allegedly received payment in the form of cryptocurrencies and bought weapons and equipment while receiving training on how to destroy evidence, evade security cameras, and swap vehicles, something the Iranian judiciary said underlines Mossad’s role.
Their cases were referred to the Supreme Court, which confirmed the sentences carried out on Sunday. The judiciary announced the verdicts on Wednesday.