Daily news
Azerbaijani President: We not only increase the production, we increase export and we expand the geography
Agreement on green energy development and transmission will open new chapter in energy security - President
Homegrown Chelsea stars 'fear they will be sold' if Blues miss out on Champions League
Family of double amputee shot dead by California police to file lawsuit
China removes all travel restrictions with Hong Kong, Macau - VIDEO
Kazakhstan, Kyrgyzstan, and Uzbekistan to Launch Hydroelectric Power Project
Finland, Sweden want to walk NATO membership path hand in hand
US House votes to remove first Muslim woman from committee

No more hopes: Macron turns to Russia to insure himself - Expert
Read: 197 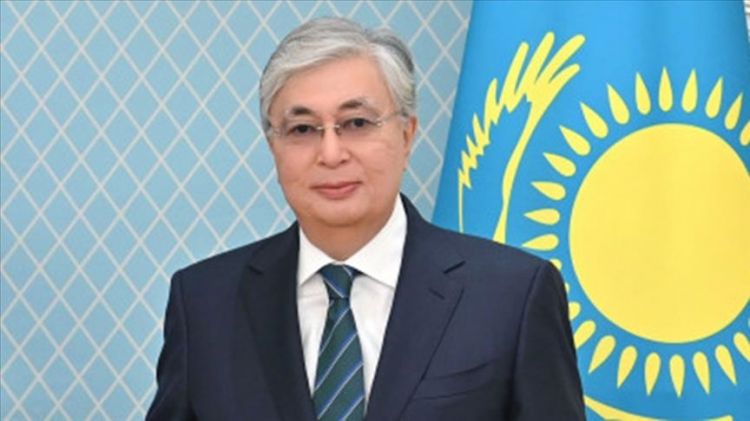 Kazakh President Kassym-Jomart Tokayev on Monday discussed the development of bilateral cooperation with a focus on the economy during a meeting with Greek Foreign Minister Nikos Dendias, Ednews reports citing Anadolu Agency.

“Kassym-Jomart Tokayev received Greek Foreign Minister Nikos Dendias, who is in Astana on an official visit. During the meeting, prospects for the development of Kazakh-Greek cooperation were discussed with an emphasis on strengthening trade and economic ties,” a statement from the Kazakh presidency read.

Tokayev described Greece as an important partner for Kazakhstan among the EU member states, noting that Kazakhstan and Greece are “actively cooperating on multilateral platforms.”

“I would like to emphasize once again that relations with Greece are a priority for us. We will do our best to bring the indicators of mutual cooperation to a new level,” Tokayev was quoted as saying.

For his part, Dendias said Greece considers Kazakhstan as “the largest and priority country for us in Central Asia, which is the guarantor of stability in the region.”

Dendias later met with his Kazakh counterpart Mukhtar Tleuberdi to discuss “strengthening bilateral political and economic relations and cooperation with an emphasis on investments, the construction sector, tourism and culture,” according to a statement on his Twitter account.

Dendias also signed a memorandum of understanding with Tleuberdi on cooperation in the field of diplomatic training.​​​​​​​