More Americans believe US should urge Ukraine to settle for peace - Study - ednews.net 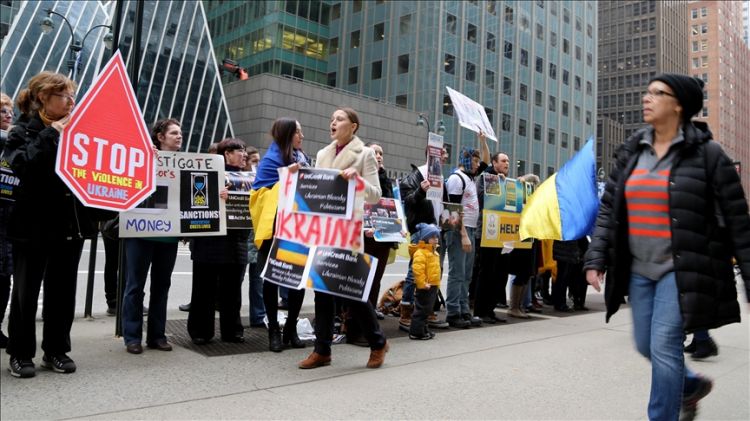 More Americans believe that Washington should urge Ukraine to settle for peace as soon as possible, according to a new poll on Monday, Ednews reports citing Anadolu Agency.
As the fighting drags into winter, the US public is in disagreement on whether Washington should support Kyiv as long as it takes, or if it should urge Ukraine to go for a truce, according to a survey by the Chicago Council on Global Affairs.
Those who think the US should urge Ukraine for peace rose to 47%, up from 38% in July, the results showed.
In comparison, the ones who believe Washington should support Kyiv "as long as it takes" is down to 48%, from 58% in July.
Meanwhile, an equal percentage of people voted Russia (26%) and Ukraine (26%) having the advantage in the war, but 46% believed that neither side has the edge.
"Nearly three in 10 each say that the 'US should intervene militarily' to tip the advantage to Ukraine and end the war as soon as possible (27%) or that the US should gradually withdraw support for Ukraine (29%)," said the findings.
A majority of people also want the US to continue supplying Ukraine with arms (65%) and economic aid (66%), accepting Ukrainian refugees (73%), and sanctioning Russia (75%).