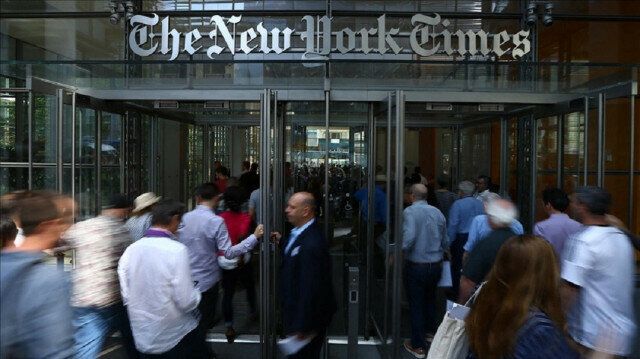 Over 1,100 New York Times employees are staging a one-day walkout on Thursday over longstanding wage disputes and other issues, the first such labor action in over 40 years, the union announced.

According to Yeni Safak, during the day-long strike, reporters who are union members will not write stories or interview sources. The paper will instead rely on non-union employees and foreign correspondents to provide coverage, according to the daily, whose readership extends far beyond the Big Apple.

“Today we were ready to work for as long as it took to reach a fair deal, but management walked away from the table with five hours to go. It’s official: @NYTimesGuild members are walking out for 24 hours on Thursday. We know what we’re worth,” said NewsGuild of New York members on Twitter.

The union encouraged news consumers and even Wordle addicts to starve the Times for attention and get their news and puzzles elsewhere.

“Times management walked out on us tonight, with five hours still left until deadline. Five hours where our bargaining committee was committed to continue to negotiate and reach a fair deal,” the union complained.

Though the media environment in the US is tough, with outlets such as CNN and Buzzfeed laying off workers, the Times has been pulling in profits of over $300 million, and that has rankled some employees.

Calling the Times’ treatment of its staff “a slap in the face,” A.O. Scott, a respected Times film critic, told The Washington Post: “We have devoted so much of our time, energy, work and love to this paper, which seems unwilling to recognize or to reward that contribution.”

After years of belt-tightening, said investigative reporter Jennifer Valentino-DeVries, “we think that our work should be valued more highly than what they’re currently offering.”

Joe Kahn, the Times’ executive editor, suggested in a note to the newsroom that the strike was not needed, as they “typically happen when talks deadlock. That is not where we are today.”

He added: “While the company and the NewsGuild remain apart on a number of issues, we continue to trade proposals and make progress toward an agreement.”

New data from career firm Challenger, Gray amp; Christmas said news media layoffs in the US are on the way up again, with nearly 3,000 media jobs cut this year, including more than one-third coming from the news media industry.