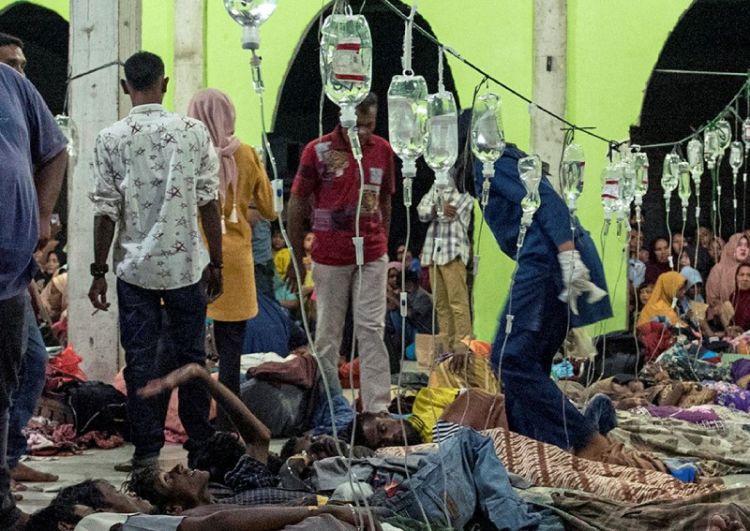 The United Nations refugee agency (UNHCR) urged countries on Tuesday (Dec 27) to help Rohingya Muslims stranded at sea as at least 20 reportedly died and hundreds more landed in Indonesia after weeks adrift in the Indian Ocean.
Nearly 500 Rohingya have reached Indonesia in the past six weeks while "many others did not act despite numerous pleas and appeals for help", the UNHCR said in a statement.
It said on Monday that 2022 could be one of the deadliest years at sea in almost a decade for the Rohingya with a growing number of them fleeing desperate conditions in refugee camps in Bangladesh.
One boat carrying 180 people is believed to have sunk in early December, with all on board presumed dead, according to rights groups.
The Rohingya have long been persecuted in Buddhist-majority Myanmar. For years many have fled to neighbouring states like Thailand and Bangladesh, and to Muslim-majority Malaysia and Indonesia between November and April when seas are calmer.
Nearly one million live in crowded conditions in Bangladesh, including many of the hundreds of thousands who fled a deadly crackdown in 2017 by Myanmar's military, which denies committing crimes against humanity.
Rights groups have recorded a significant increase in the number leaving the camps, from about 500 last year to an estimated 2,400 this year.
It is not clear what is driving the larger exodus. Some activists believe the lifting of Covid-19 restrictions around Southeast Asia, a favoured destination for the Rohingya, could be a factor.