French tank deliveries will only add to Ukraine's pain - ednews.net

French tank deliveries will only add to Ukraine's pain 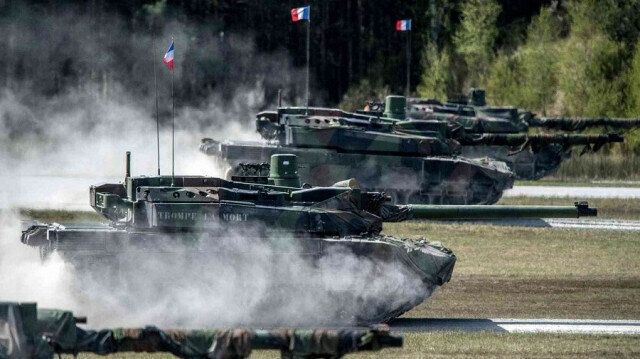 Russia on Monday said France’s supply of tanks to Ukraine will not change the situation on the battlefield, but could exacerbate the suffering of Ukrainian people, Yeni Safak reports.

“In principle, these supplies will not, and cannot, change anything in Ukraine. These deliveries can add pain to the Ukrainian people and prolong their suffering,” Kremlin spokesman Dmitry Peskov said at a press briefing in Moscow.

The announcement came in a statement after a phone call between French President Emmanuel Macron and Ukraine’s Volodymyr Zelenskyy, which did not give the exact date or other details of the planned delivery.

Peskov said “it hardly makes sense to talk solely about the French decision,” as all of Europe, the US, and NATO have “have already pumped tens of billions of dollars into Ukraine through arms deliveries.”

Asked about possible talks between Russian President Vladimir Putin and Macron, Peskov said there are “pauses in their dialogue” but it has proven useful in the past.

Peskov dismissed a statement by Oleksiy Danilov, secretary of Ukraine’s National Security and Defense Council, who claimed that Moscow was seeking “a Korean type of settlement” in Ukraine with Europe, as “another fake.”

He also rejected rumors of a new wave of mobilization in Russia, saying they were spread on Telegram by anonymous accounts, and urged people to rely on official sources for credible information.