Former Israeli minister: "Our new robots will eliminate mine issues in Karabakh once and forever" - ednews.net

Former Israeli minister: "Our new robots will eliminate mine issues in Karabakh once and forever" 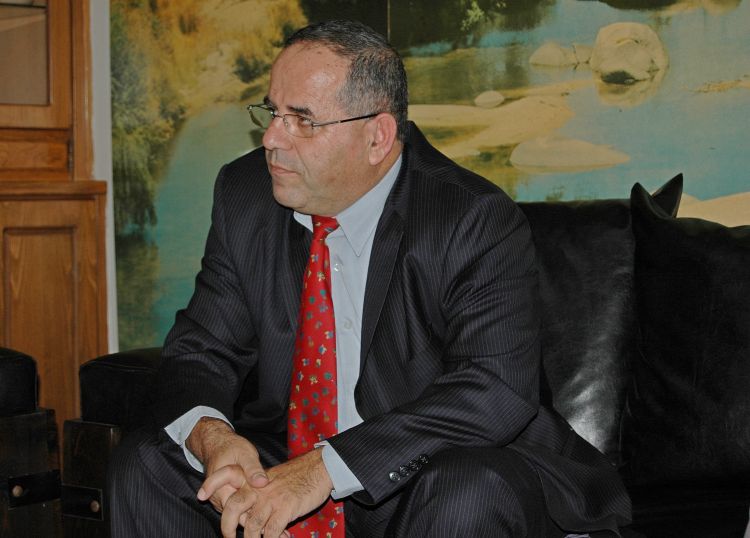 On june 11-16 with the organisational support of the Azerbaijani Diaspora Committee, well-known politicians, diplomats and journalists from Israel, Great Britain, France and other countries visited Azerbaijan. During the meeting, a trip to the liberated city of Agdam was organised for the delegation. The guests were informed about the mined areas of Karabakh, important issues and priorities on the agenda. After the visit to Agdam, a round table meeting with the guests entitled "Development in the post-conflict period in the South Caucasus" was held at ADA University.

Ayoob Kara, former Israeli Minister of Communications and current President of the Economic Peace Centre in Israel, who visited Azerbaijan, shared his impressions of his visit to Agdam, as well as his meetings held between the government officials of the Republic of Azerbaijan. Speaking to Ednews, he also noted that relations between Israel and Azerbaijan are currently at the highest level.

"First of all, I must say that from the time I was still in parliament and later in government, I have served to strengthen relations between Israel and Azerbaijan, and to support the Azerbaijani government. Especially when I was the Minister of Communications of Israel, we had cooperation meetings and discussions with the Government of Azerbaijan and the Ministry of Communications in the fields of cyber security, the Internet, digital and satellite technologies. Azerbaijan and Israel have a vision of life, and these views unite us," he said.

The diplomat also touched upon Armenia's position in the South Caucasus and its involvement in these relations.

"The neighbours of the South Caucasus, especially Armenia, clearly see the close ties between Azerbaijan and Israel. It is also a message to them to step into a new era. In my opinion, Armenia must reconcile with those connected with Karabakh and respect the territorial integrity of Azerbaijan. I think that only then can Armenia think about benefiting from joint relations."

Ayoob Kara also spoke about the purpose of his visit to Azerbaijan and the development of relations between Armenia and Azerbaijan in the future.

"Today, I learned a lot of important things here and had discussions with local government officials. In addition, we visited the liberated Aghdam region, where I witnessed terrible destruction. Mined areas are the greatest disaster of our time. As a representative of the Israeli government, I would very much like to support the strengthening of neighbourly relations between Armenia and Azerbaijan. Therefore we are here today. "

Having been impressed by the mined areas while in Aghdam, the diplomat touched upon the question of how the Israeli government can provide technological support to Azerbaijan in this area.

"We are also very impressed by the fate of the mined areas in Karabakh. We are happy for the liberation of those territories on the one hand, however on the other hand we are worried about the danger of mines hiding under the lands of the liberated areas. During our visit, we stated to the government of Azerbaijan that we could provide technological support to Azerbaijan in the field of mine clearance. Israel has invented a new robotic technology to clear landmines. With the help of these robot machines, any type of mine can be safely removed from various depths of the earth without any manual interference. We have informed the Azerbaijani government about this in detail and made our proposals."

According to the former minister, these robots will be able to clean all the territories of Karabakh without the need for the maps of landmines.

"The Azerbaijani government has repeatedly appealed to the Armenian side about landmine maps, and as a result, those received from Armenia have not fully been confirmed to be true. The robotic technology we offer will now be able to clear every inch of land without the need for a map and scanner devices. It will also minimize the time required to clear mines,” - he added.