Pentagon Chief on Missile Test - US Wanted to Make Sure It Can ‘Deter China's Bad Behaviour’ | Eurasia Diary - ednews.net 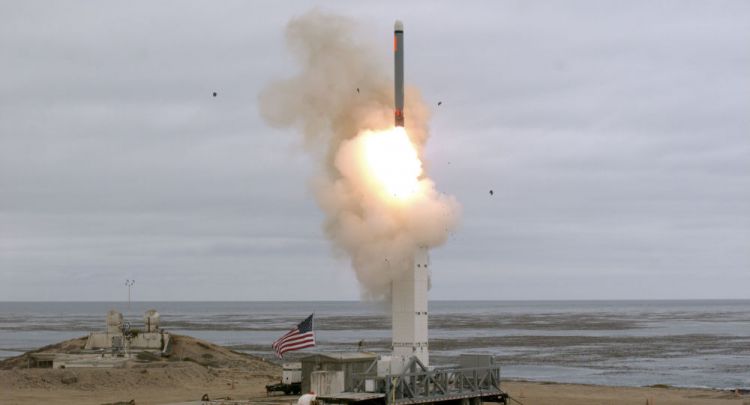 The remarks come just days after the Pentagon tested a conventional ground-launched cruise missile which covered a range which would have been banned under the US-Russian Intermediate-Range Nuclear Forces (INF) Treaty, which was abandoned by Washington earlier this month.
In an interview with Fox News released on Wednesday, US Defence Secretary Mark Esper specifically touched upon the Pentagon’s recent cruise missile test launch, which he said could be seen, among other things, as a message to China.
“We wanted to make sure that we, as we need to, have the capability to also deter China's bad behaviour by having our own capability to be able to strike it in intermediate ranges,” Esper, who wrapped up his Asia tour earlier this month, said.
When asked if he chose Asia for his first trip because he considered China to be the greatest security threat to the US, Esper said that China was the number one priority for the Defense Department.
The Pentagon chief also described Beijing as Washington’s long-term strategic competitor, pledging that the US would not pull out of the region.
"I think in the long term, China is a greater challenge, given its economic might, its political weight and its ambitions," Ester pointed out.
The two countries have been locked in a trade conflict since June 2018, when Trump announced levies on $50 billion worth of Chinese imports, justifying the move by citing the need to balance the trade deficit. Since then, the two countries have introduced several rounds of reciprocal tariffs.
Separately, Esper said that he does not rule out that the US may create its hypersonic weapons within “a couple of years”.
Russian Foreign Minister Warns of New Arms Race
Esper’s remarks come after Russia’s Foreign Minister Sergey Lavrov warned that the US cruise missile test involving a Mark 41 launcher, which violated provisions of the Russian-US Intermediate-Range Nuclear Forces (INF) Treaty, poses a risk to the global security architecture and might result in a new arms race.
On Monday, the Pentagon said that it had tested a conventional ground-launched cruise missile which flew more than 500 kilometres (310 miles), a range banned under the INF Treaty.
Collapse of INF Treaty
The agreement collapsed on 2 August, when the US formally withdrew from the INF Treaty, citing alleged Russian violations of the document. Moscow has repeatedly insisted that its missiles complied with the accord.
In February, the US formally suspended its INF Treaty obligations, triggering a six-month withdrawal process. In July, Russian President Vladimir Putin followed suit by signing a decree suspending Moscow's participation in the accord.
Signed in 1987, the INF Treaty required that the two countries eliminate and permanently refrain from the development of ground-launched ballistic and cruise missiles with ranges of 500 to 5,500 kilometres (310 to 3,417 miles).
Sputnik news