‘The World of Nomads’ Festival to Start in Nur-Sultan | Eurasia Diary - ednews.net

2750 tonnes of ammonium nitrate stored at Beirut warehouse at centre of explosion
Read: 1337

Many Armenians ‘not ready to go to war’ for the sake of Pashinyan regime’s interests - Russian expert
Read: 621

‘The World of Nomads’ Festival to Start in Nur-Sultan

Teams from 10 countries will participate in the fourth ethno festival, ‘The World of Nomads’ starting from 28 for three days. 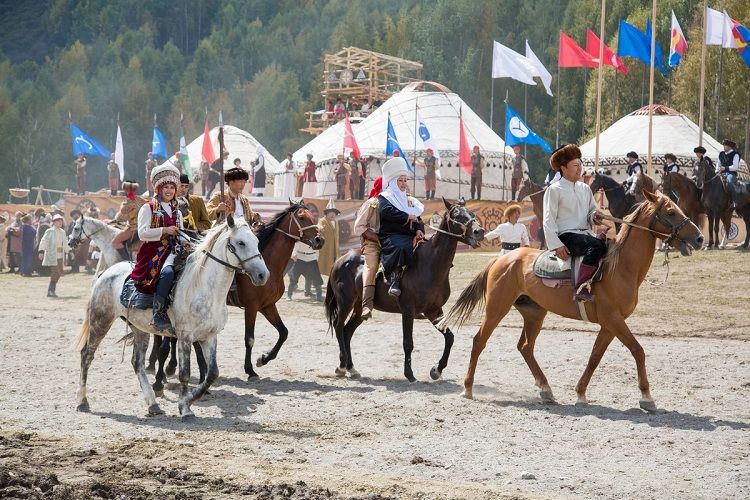 The fourth ethno festival, ‘The World of Nomads’ will start on June 28 in Nur-Sultan. The event will introduce the rich Kazakh and Turkic heritage within three days, Kazakh-tv reports.

The main goal of festival is to create a new attraction center for tourists who are interested in Kazakh culture, customs and traditions. The organizers are targeting to increase the number of foreign and domestic tourists following the event.

Teams from 10 countries such as Azerbaijan, Turkey, Bulgaria, Iran, South Korea, Russia, Kyrgyzstan, Mongolia, Uzbekistan and Kazakhstan will attend the event. There will be equestrian performances as well as contests of warriors, kokpar players, archers and burkitshi

Various master classes in felting, leather processing as well as working with silver and clay will be organized as part of the event. Costumes of eras of the Saka, Huns, Kangyus, Scythians and Sarmatians will be presented as well.

Guests will be offered national dishes and drinks in yurts and tents as well.

“Popularization of customs and traditions, including martial arts of ancient Turks among Kazakh people is one of our goals. Teams that have arrived are a good example of how to do it and how to cultivate it. They help to turn it into a very good and noble hobby,” said Timur Duisengaliyev, Deputy Chairperson of Kazakh Tourism National Company.