The desecration of Azerbaijani historical buildings and cemeteries is indicative of Armenian hatred - British Journalist
Read: 398

Design work has begun on the construction of another highway in the territories liberated from the occupation
Read: 237

Activities on provision of peacekeeping contingent of Russia are being held - Azerbaijan`s Defense Ministry - PHOTOS
Read: 236

"I am very glad to announce that, Lachin region has been liberated from occupation." - Azerbaijani President
Read: 169

If marginalization of actors and musicians was fair all the time? - Inkara Abzaliyeva "Baku-Oxford School" 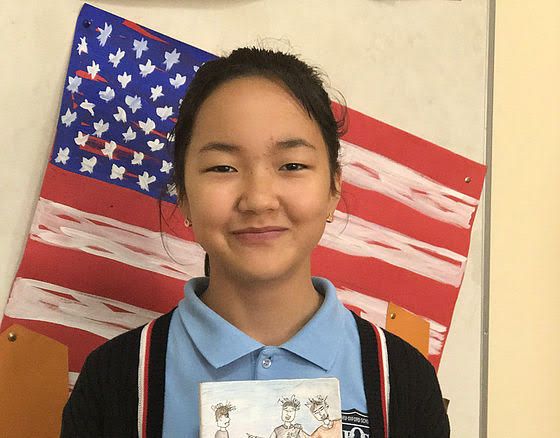 Inkara Abzaliyeva from Kazakhstan is currently studying at Baku-Oxford School. She joined a “A World on the Margins” collaborative project between the International Eurasia Press Fund (IEPF) and Enrichment sts of Baku-Oxford School, to be taught about the professional journalism and investigation process.
Inkara made a decision to write the article about marginalization of actors and musicians, how it had been happening and whether it was fair all the time? After careful review her article was among the selected to be published.
Eurasia Diary presents the third article, selected for publishing within the scope of this project:
"Art is a mega-diverse, absolutely different singers, painters, actors, so anybody can find out their perfect “match”, to satisfy own preferences, as all of us have different opinion, ideas, and tastes. However, there are unpredictable times, we are truly disappointed by work and a number of devastated people rises, they start to massively marginalize the creator. It has been happening in art for a long time, and still continues these days. Depending on particular moments of history, there were some reasons, other than people’s opinions, to marginalize the musicians and actors. What were those and were they valid?
Everybody knows Mozart. One of the greatest composers in the classical period (1730-1820). His compositions were recognized as a masterpiece all around the world. However, the cause of his death is somehow remains hard to define. One of the most popular is that he was murdered, particularly poisoned, by Antonio Salieri, the Italian composer. There are relevant and irrelevant evidence, but anyways, in a music history, he was forever called “the murderer of Mozart” since then he has been unfairly marginalized and nobody knows any composition of Salieri.
During the period of USSR, it was prohibited to listen to foreign music, especially punk and rock music. The Cold War between Soviet Russia and USA caused the limitation and even cancelation the trading of American music and films in USSR. The reason of prohibition is that the music allegedly promoted pornography, punk, neofascism, violence, anticommunism, but actually, USSR just wanted to prevent the spread of the music which was from the country-enemy and develop their own. So a lot of jazz and rock musicians were marginalized in USSR due to these rules of the communist government.
The marginalization occured in cinema too. It touched the Asian American actors. It had been happening almost since the beginning of Hollywood cinematography and still continues today, but in a more subtle way. For example, the film “21” of 2008 which was inspired by the true story of a MIT (Massachusetts Institute of Technology) blackjack team. In real life the majority of the team were Asian members, but the cast fully consisted of Americans. The consultant of the film tried to defend the cast and the film generally, but many Asian Americans were still left disappointed. So a lot of cinematography companies try to put the racial equality among the actors on one of their principles while making up the cast team.
Unfortunately, the marginalization of actors and musicians still continues. Sometimes it has valuable reasons, sometimes not, but either way, it still happening in all forms and shapes. It will never completely disappear, but it is possible to prevent the rise of the number of this kind of accidents because it is most of the time unethical, offensive and rude."
Previously, two more articles "Causes and Effects of Xenophobia" and "Why are women's rights important?" written by the students of Baku-Oxford School were published.