What Armenians are doing in Nagorno-Karabakh is contrary to International Law - Expert
Read: 350 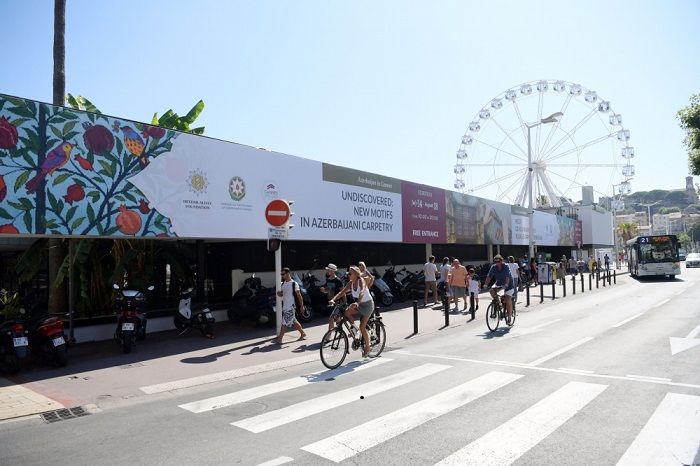 The Days of Azerbaijani Culture have kicked off in Cannes, France, organized by the Heydar Aliyev Foundation, writes Azer Tac.

“Undiscovered new motifs in Azerbaijani carpetry” exhibition opened at Gare Maritime exhibition hall at the Palais des Festivals et des Congrès in the heart of the city of Cannes as part of the Culture Days.

Anar Alakbarov provided an insight into the Foundation`s large-scale humanitarian and social projects in France, including its contribution to the restoration of historical monuments.

He also spoke of the history of Azerbaijani carpetry.

Deputy Mayor of Cannes Frank Chikli stressed the importance of the Azerbaijani Culture Days, saying the project brings the two peoples closer to each other, allows them to get acquainted with each other`s culture and history and also enriches the bilateral relations.

The exhibition will run until August 18.