III ANIMAFILM ANNOUNCES THE PARTICIPANTS OF THE COMPETITION PROGRAM
Read: 686 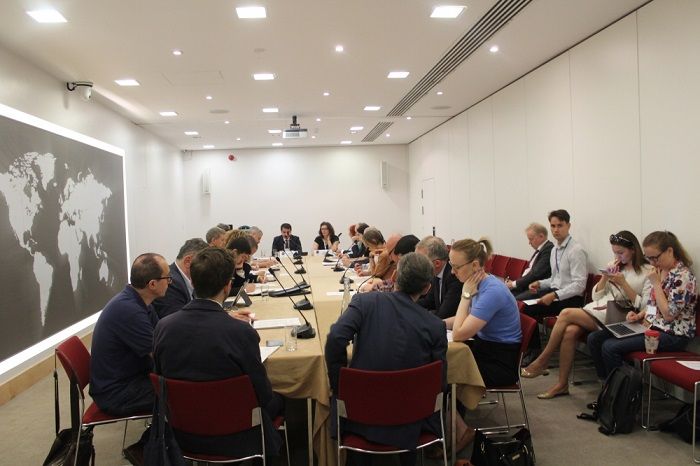 He underlined that the settlement of the Armenia-Azerbaijan Nagorno-Karabakh conflict is the main target of Azerbaijan's foreign policy. Hikmat Hajiyev provided an insight into the current state of the negotiations on the peaceful resolution of the conflict. The Presidential Administration official urged Armenia to give up its policy of occupation and make maximum use of regional integration.

Hikmat Hajiyev also responded to numerous questions from the audience, covering a variety of issues including the current state of the Armenia-Azerbaijan Nagorno-Karabakh conflict, the international relations of Azerbaijan, its relationship with the neighboring countries, the current state of cooperation between the European Union and Azerbaijan, and the country’s role in the Eastern Partnership project.