Peace, prosperity and stability in Azerbaijan is significant for the true realization of international projects and UN 2030 Agenda - Qaiser Nawab
Read: 702

Russia trying to aid Trump in election - US Intelligence
Read: 512 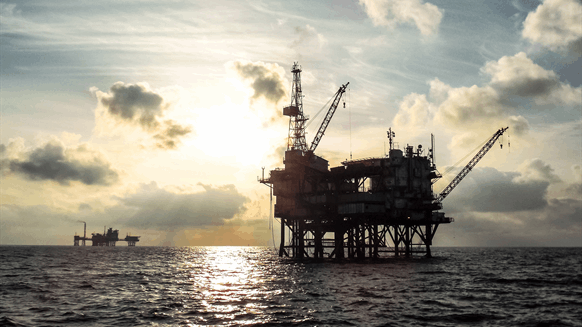 Greece’s Energean Oil and Gas announced on 14 October it has entered into a conditional Sale and Purchase Agreement (SPA) to sell Edison Exploration and Production’s UK and Norwegian subsidiaries to Neptune Energy Group for $250 million of cash, to be adjusted for working capital, with additional cash contingent consideration of up to $30 million.
The sale, which follows Energean’s proposed acquisition of Edison E&P as announced on 4 July, is contingent on Energean completing its proposal to acquire Edison E&P and is expected to close as soon as is reasonably practicable thereafter.
“The acquisition of Edison E&P established Energean as the leading independent, gas-focused E&P Company in the Mediterranean with a mainly-operated, low-cost, gas-weighted portfolio and a highly experienced team to prosper in our rapidly changing industry,” Energean CEO Mathios Rigas said. “At the time of announcement, we
committed to our Shareholders that we would seek to dispose of non-core assets that do not adhere to our strategy. I am delighted to be able to make this announcement today, which demonstrates our commitment and capability to deliver upon our stated goals. Neptune is a leading player in the UK and Norway upstream sectors and, as such, we are convinced that under Neptune’s ownership, Edison E&P’s UK and Norway teams will benefit from the increased focus and investment that will result from this strategic alignment,” he added.
Energean said the onward sale is in line with the company’s stated strategy of becoming the largest independent gas-focused E&P Company in the Mediterranean, and its previously stated intention to dispose of non-core assets. The net proceeds further strengthen Energean’s balance sheet and provide additional financial flexibility across the expanded portfolio.
The Edison E&P UK and Norway subsidiaries include the Nova (15% Working Interest) and Dvalin (10% Working Interest) gas developments offshore Norway, and in the UK, the producing Scott (10.5% Working Interest), Telford (15.7% Working Interest), Tors (68% Working Interest) and Wenlock (80% Working Interest) fields, the Markham asset (3.1% Working Interest), the Glengorm discovery (25% Working Interest) and the Isabella licence (10% Working Interest), upon which an exploration well is expected to spud in the coming weeks. Combined, the subsidiaries represent $408 million of 2018 Gross Assets and $33 million of 2018 Losses before Tax, Energean said.
Neptune will take on the Edison UK and Norway employees and has agreed to guarantee their terms of employment and severance pay for a period of 18 months from Completion.