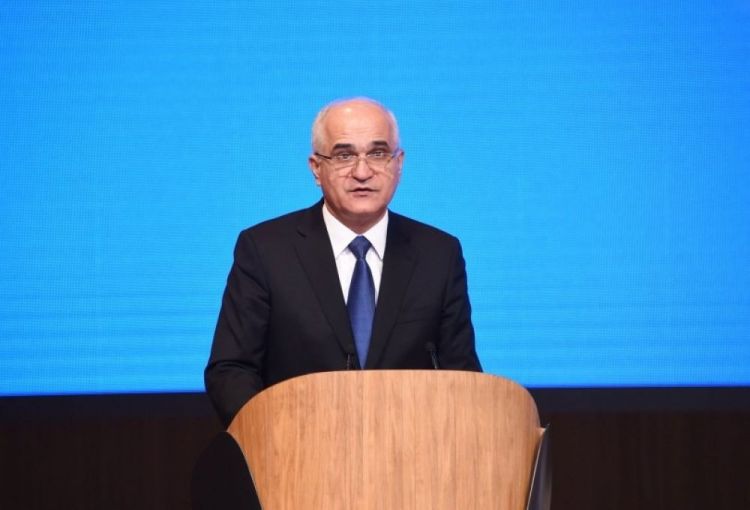 Since the MOU on joint encouragement of the establishment of the Silk Road Economic Belt was signed in 2015, trade between Azerbaijan and China has increased by 2.5 times," Azerbaijani Prime Minister Shahin Mustafayev said in the interview to China's Global Times as part of his visit to China for China International Import Expo 2019, Eurasia Diary reports citing Report News Agency.

"The mutual trust formed has created a very good foundation for further development of economic cooperation between the two countries," the PM said.

In addition, he noted that Azerbaijan is currently investing $1.7 billion in indirect investment in China

According to the Prime Minister, President of Azerbaijan Ilham Aliyev met with Chinese President Xi Jinping in April 2019. The fruitful results of this meeting showed that Azerbaijan's relations with China have advanced to a new level. During the Second Belt and Road Forum for International Cooperation, Azerbaijan signed 10 cooperative documents with Chinese companies, worth of more than $800 million.

"From January to September this year, Azerbaijan's trade with China reached $1.7 billion, an increase of 96 percent compared with the same period of last year," the Prime Minister said.

Mustafayev noted that in February of this year, the Ministry of Culture and Tourism and Azerbaijan State Tourism Agency signed a MOU on the implementation plan for Chinese tourism groups to travel to Azerbaijan.

"From January to September this year, the number of Chinese tourists visiting Azerbaijan increased by 64 percent. At the same time, we have also cooperated with China in the field of international transportation. We have achieved substantial progress in this field with Shaanxi Province. Chinese products are now going to Europe through the Trans-Caspian Corridor," Azerbaijani Prime Minister said.

Notably, Azerbaijan takes part in the China International Import Expo for the second time. This year, the Azerbaijani delegation included more than 60 representatives of 26 companies. They presented more than 500 goods, including agricultural production and foodstuffs such as alcohol, soda, dried fruits, tea and vegetable oil.