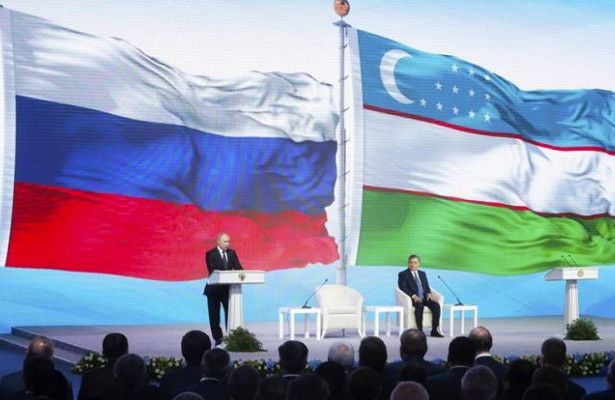 At a meeting at the Higher School of Economics National Research University in Moscow Oreshkin noted that reforms were underway in Uzbekistan’s economy, and when Uzbekistan’s President Shavkat Mirziyoyev came to power, there were many problems.

“Now they are being solved step by step, however, many problems remain,” said Oreshkin.

“However, in fact, I believe that Uzbekistan’s economy will be able to become the second economy in the post-Soviet space after Russia in about 20 years,” Oreshkin said.

The head of the Ministry of Economic Development also suggested students to visit Uzbekistan.

“I recommend everyone to visit Tashkent. Uzbekistan is a very beautiful country, so visit it in spring during student vacations.”

The fact that Uzbekistan is considering the issue of joining the EAEU became known during the October visit to Tashkent of the Chairman of the Federation Council of the Federal Assembly of the Russia Valentina Matviyenko.

Later, the first deputy chairman of the Senate of the Parliament, Sadyk Safayev, said that Tashkent has been studying the possibility of joining the EAEU. He emphasized that no one exerts pressure on Uzbekistan in this matter.

In March 2019, Oreshkin at a meeting with President Mirziyoyev praised the ongoing large-scale reforms in the country.

The parties noted that the new multi-level format of the dialogue - the creation of a Joint Commission on bilateral cooperation at the level of prime ministers of the two states - will contribute to the development of mutually beneficial cooperation.