The Su-57 fighter jet is not even ready to fly - Russian specialists say
Read: 647

Russia must remain presidential republic, people will support this
Read: 631 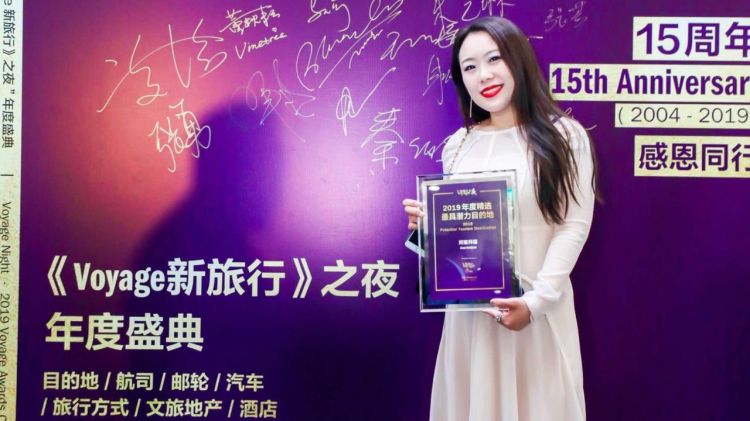 Azerbaijan has been awarded with the prize for the first place in the category of "Potential tourist destination" at the Voyage Night 2019 event, hosted by the popular “Voyage” magazine in Beijing, China. This award, among many others, once again proves the effectiveness of tourism development in the country, Eurasia Diary reports citing AzerNews.

The award ceremony was attended by over 200 representatives of local and international tourism industry. The prize was handed to the representative of the Azerbaijan Tourism Board in China, State Tourism Agency reported.

“Voyage” magazine is one of the most popular Chinese tourism and travel publications. The readers of the magazine are mainly tourism professionals and leading business figures.

Azerbaijan attracts visitors with its historical, cultural and natural heritage. In recent years, the number of foreigners visiting Azerbaijan for tourism has significantly increased. Tourism development is the country’s priority. New tourist facilities are being built in the regions, and cultural and historical reserves are being set up or restored. As a result, more and more tourists from various countries choose Azerbaijan as their holiday destination.

Azerbaijan provides tourists with the wide range of tourism opportunities, including excursions and sightseeing, rural, health, environmental, cultural, social, commercial, sport, and other kinds of tourism.

The country has received numerous international awards in the field of tourism. This year alone, Azerbaijan won the National Geographic Traveler Awards 2019 in the best excursion destination category during a competition held in Moscow; Lufthansa, the leading German carrier and the second largest airline in Europe, declared Baku the “City of the Month”; Azerbaijan’s Naftalan resort, which offers crude oil baths, is among top five recreation spots among the CIS countries for Russian tourists in Autumn 2019.

For the first time, Azerbaijan participates in the Global Village international Fair held in Dubai in October-April 2019.

The number of Chinese tourists who visited Azerbaijan from January to November 2019 increased by 63 percent compared to the same period of last year, amounting to 24,394.

The official representative office of the Azerbaijani Tourism Board has been operating in Beijing since December 2018.