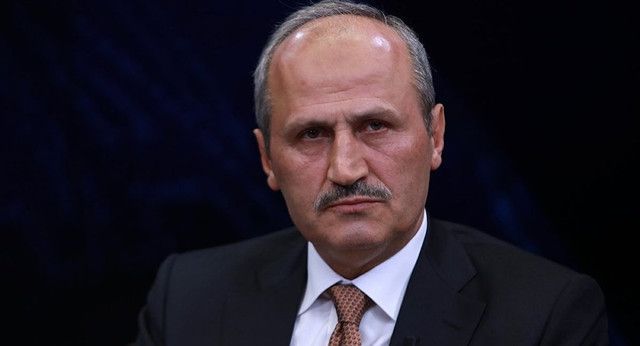 "One of the major events in the railway sector in 2019 was the launch of the first transit train from China to Europe via Turkey. As a result of the connection of the Marmaray and Baku-Tbilisi-Kars railway with China's 'One Belt, One Road' project, Turkey has turned into a transit corridor for cargo transportation between Europe, Middle East, and Africa, Turkey's Transport and Infrastructure Minister Jahit Turhan told journalists, Eurasia Diary reports citing Report News Agency.

Turhan as saying Turkey's State Railway Company is strengthening cooperation with regional countries for more effective and productive use of the Baku-Tbilisi-Kars railway line. He added that the country also takes important steps in several spheres from facilitating customs procedures to high-capacity carriages, and this increases cargo transportation volumes.

The minister recalled that transportation began on the route Kazakhstan (Kokshetau) - Turkey (Mersin) extending to 4,700 kilometers and continues in the direction of Turkey-Georgia-Azerbaijan-Russia-Turkmenistan-Uzbekistan-Tajikistan-Kyrgyzstan-Kazakhstan-China and China-Europe. Three trains per week run along the BTK railway line. The line has transported 7,233 containers and 318,0000 tons of cargo since the beginning of the BTK operation, namely since October 2017. The volume of goods transported in 2019 via BTK has tripled compared to 2018.