2750 tonnes of ammonium nitrate stored at Beirut warehouse at centre of explosion
Read: 1192 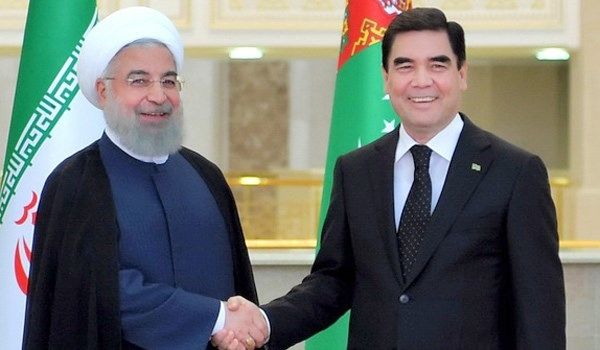 During the phone talks on Wednesday, President Rouhani congratulated Eid al-Adha (Feast of Sacrifice), as the great and auspicious festivity of all Muslims in the world, to the government and people of Turkmenistan, and said, “Development of cooperation and interaction with Turkmenistan is of paramount importance to us.”

Turkmenistan president, for his part, also congratulated the arrival of Eid al-Adha to his Iranian counterpart, people and development of the Islamic Republic of Iran, and added, “Feast of Sacrifice is manifestation of humanitarianism, compassion and generosity and it is hoped that this auspicious festivity will bring about peace, stability to all people throughout the world."

Turning to cooperation between the two countries, he said, “Fortunately, the Islamic Republic of Iran and Turkmenistan have so far established very good relations in various economic, political and cultural fields.”

In relevant remarks in June, Iranian Minister of Road and Urban Development Mohammad Eslami underlined that reliability and mutual commitments have played a key role in reopening of Iran-Turkmenistan shared border.

"With the implementation of hygienic rules, commitment, and regulations during coronavirus pandemic, some of the borders were reopened," Eslami said.

He said that Iran has reopened its borders with Turkey, Pakistan, and Turkmenistan, and trading activities have been resumed.

"In the upcoming days, road transits will also be resumed," Eslami pointed out.

He reiterated that reliability has been the main reason for Iran-Turkmenistan border reopening.