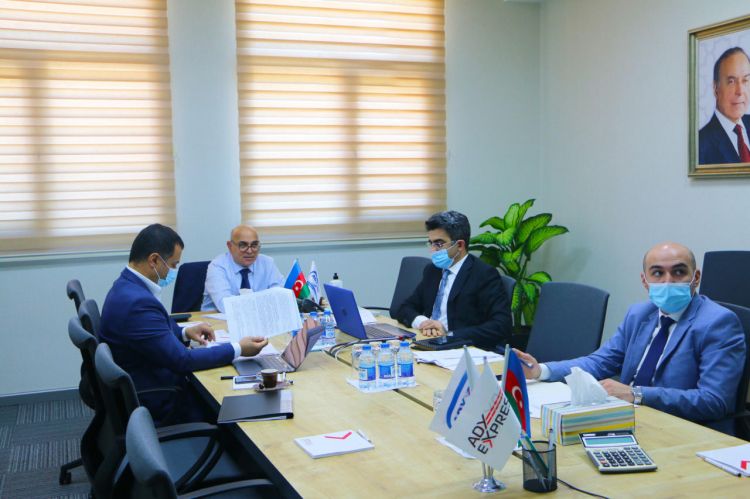 During the online meeting held between the two countries railway operators – Azerbaijan Railway and Kazakhstan Railway companies – the sides discussed the pilot project on creation of the digital corridor in the Trans Caspian International Transport Corridor, paperless execution of documents during cargo transportation on the route.

They reviewed the implementation of the task to establish a joint venture, and listened to a report by Kazmortransflot company that oversees the activity of the Aktau-Baku-Aktau route.

Moreover, the tariffs for carriage of coal cargoes along the Trans Caspian International Transport Corridor were determined and hese tariffs will be in force until the end of 2020.

Additionally, a memorandum of cooperation between the Trans-Caspian International Transport Corridor and the TRACECA corridor was discussed and a protocol was adopted and singed at the end of the meeting.

The Trans-Caspian International Transport Corridor was established in February 2014 with the participation of relevant agencies involved in cargo transportation of Azerbaijan, Kazakhstan and Georgia. Lately, Ukraine, Romania and Poland have joined the association.

Currently the route begins in Chinese port of Lianyungang and passes through Kazakhstan, the Caspian Sea, Azerbaijan, Georgia and Turkey, expanding further to Europe either through Georgian Black Sea Ports or through Turkey by Baku–Tbilisi–Kars railway.

The Trans Caspian transport rout is one of the China’s Belt and Road Initiative important integrated trade corridor. This 6,500 km long corridor enhances development and growth of Central Asia and Caucasus by increasing regional trade, investment and infrastructure.